Sr. John Asks: Do you ever wonder where you came from? 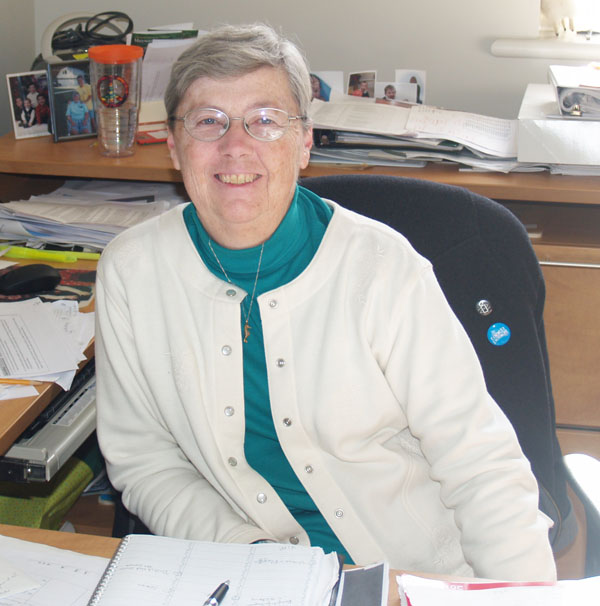 I suppose you might answer this question by saying, ‘my parents, of course.’ I suppose you would be right. It is a good thing to study your family tree and learn about your roots. You find some very interesting and valuable things that could be very help- ful to you. Some people spend endless hours and lots of money searching their family trees and going back as many centuries to find information.

We do that same thing here at Marywood. In less than two short years we will be celebrating the 100th birthday of Marywood University (started as Marywood College.) As we look back on our own roots, we find that MU was founded by the Sisters, Servants of the Immaculate Heart of Mary Sisters in 1915.

This year, Founders’ Day was held at Marywood University on November 10 to celebrate the 167th anniversary of the found- ing of the Sisters, Servants of the Immaculate Heart of Mary. The I.H.M. Congregation which founded Marywood and con- tinues to sponsor the University was founded in 1845 by Theresa Maxis Duchemin, I.H.M. and Louis Florent Gillet, a Redemp- torist missionary in Monroe, Michigan. We see the statue of St. Alphonsus Liguori on the front of the Commons; he is the founder of the Redemptorists Priests and the one who gave the Alphonsian spirituality to the Re- demptorists, the I.H.M.’s and to Marywood.

Let us be thankful for all those who have gone before us, for it is those on whose shoulders we stand. Happy Founder’s Day!