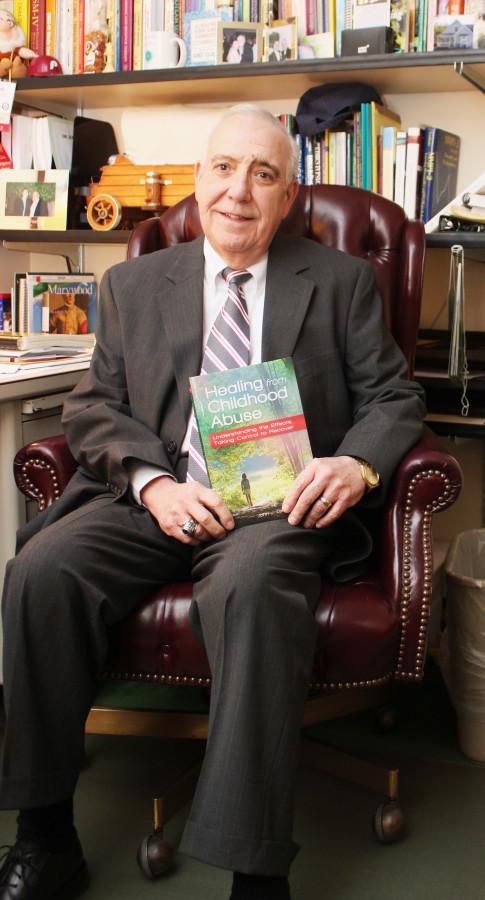 The book, titled “Healing from Childhood Abuse: Understanding the Effects, Taking Control to Recover,” came out in 2012 and was published by Praeger, a national publisher of scholarly and professional books.

His first book, titled, “A Mind of Its Own: Healing the Mind and Heart of the Parasite of Childhood Abuse,” came out in 2007 and was published by a local publishing company.

Lemoncelli said that his first book came about easily.

“It was in my head and I just had to get it from head to paper,” he said.

But, his second book was more time consuming and more technical. There were times, he said, he didn’t think he would finish it. It took him approximately seven months to complete it.

His first book was written solely to help the patients he had treated say that their pain did some good in the world.  His second book had the same theme, but it also moved to a bigger audience.  Much of what he incorporated into the book he learned from years of working with patients.

“Let your patients teach you,” he said.

When Lemoncelli sat down to write, he had four main intentions.  His primary intent was to assist victims to become survivors.  He wanted to educate families about sufferings of loved ones, to educate clinicians, and finally, to call clinicians to action.

“Let’s get on the ball and start researching [affects of childhood abuse].  We need to get answers,” he said.

According to Lemoncelli, people are always learning new things from new people.

“You haven’t met your best teacher yet to this day,” he said. “I haven’t met my next patient or student yet.”

Excerpts from Lemoncelli’s book can be found on his website, www.drlemoncelli.com.  The book can be purchased through Amazon.com.