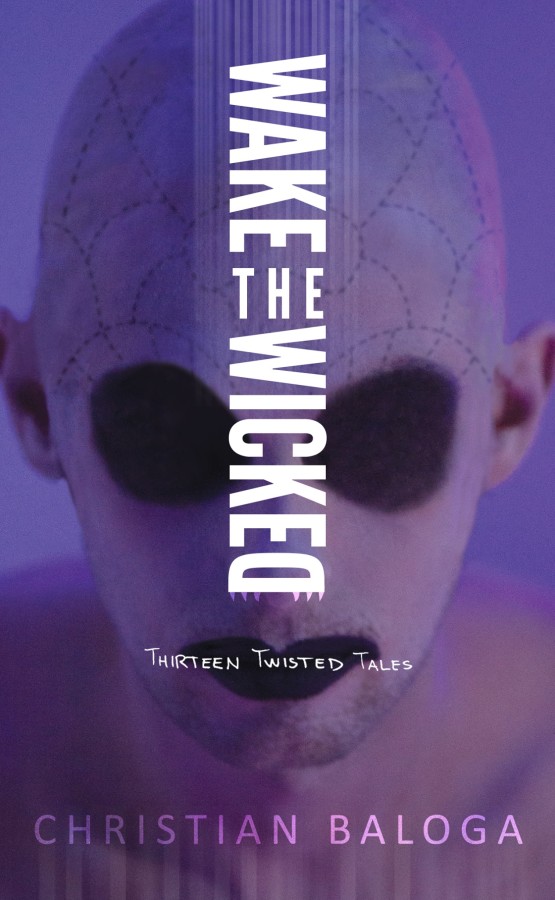 Marywood alum Christian Baloga shares his dark imagination through his writing and creativity. “Wake the Wicked” is a short story collection consisting of thirteen stories that is best described as a subcategory of horror called Bizarro fiction or weird fiction.

Baloga graduated from Marywood in 2010 with a bachelor’s degree in fine arts, specializing in graphic design.

“Christian’s projects were creative, well-crafted and usually had a little humor slipped in,” said Christine Medley, assistant professor of graphic design. “When a student has graduated and a few years have gone by, yet his work is still remembered, it shows he made an impression.”

Baloga dedicated himself so wholly to “Wake the Wicked” that for a year and seven months the real world became less important.

“The physical world, including time, became remote and murky. Eating and sleeping became secondary. I didn’t go out much and I didn’t want to do anything else. The book never left me,” said Baloga.

Writing was a process that took time, he said. Baloga described himself as someone that “can’t write just anywhere.” He often wrote in the Misericordia University library and would not leave until his days’ work was complete. Baloga also lives in a wooded area in Harveys Lake, which helped him concentrate because he said he enjoys working among nature.

“It is just me and my thoughts,” Baloga said. “Scary.”

Baloga chose the Bizzaro genre because it allowed him to have the freedom to see terror through the characters’ eyes. Also, Bizzaro fiction does not leave the gruesome details up to the imagination but rather gives every detail. Baloga said what inspired him to write “Wake the Wicked” most was “the unadulterated brutality and callousness humans inflict upon the world around them.”

“This twisted and moral ambiguity is what sparked the theme of this collection,” said Baloga.

A fair amount of “Wake the Wicked” is taken from real life events. However, the life events may not have been a literal interpretation, but the ideas did stem from experiences in Baloga’s life and others’ lives as well.

“Although I’m not comfortable revealing some of the more personal real life events,” said Baloga, “the fourth story, ‘Psycho Farm,’ for instance, was based on real written documentation and experiments video-recorded by undercover investigators.”

“Wake the Wicked” is published by Manuscript Critique’s Michael Garrett, who served as Stephen King’s first editor and is editor of more than two-thousand other great works.

Baloga said he will continue to write and has already started his next book. His dream of writing and being published has been achieved and he has high hopes for the future.

“Persistence and passion will make you invincible,” said Baloga.

“Wake the Wicked” was published in December of 2012 but was released as a paperback in September. “Wake the Wicked: Thirteen Twisted Tales” is available to purchase in local bookstores or online.