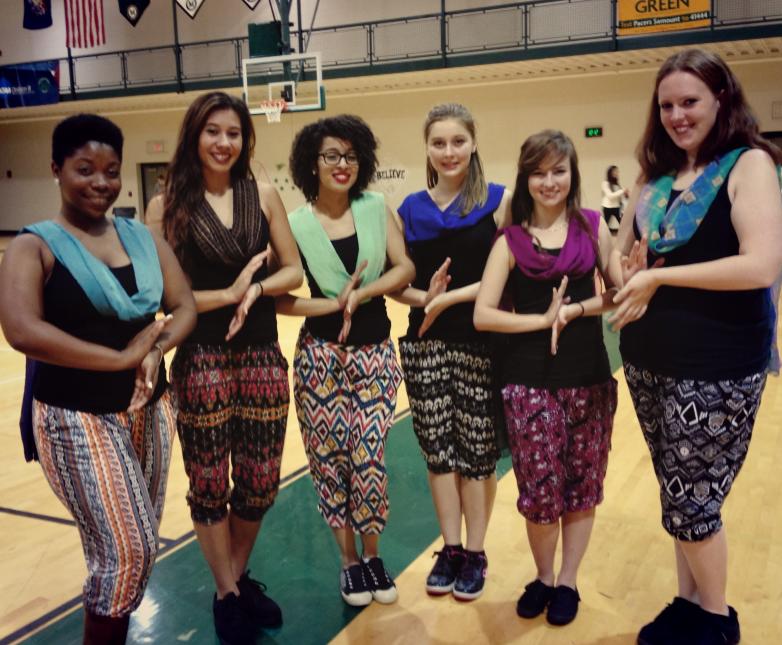 Marywood’s Step Team offers a fun and unique experience as it brings a different type of dancing to the campus.

Stepping is a type of dance where the body is used as an instrument to create rhythms and sounds through a combination of footsteps and claps.

The step team, which was formed at Marywood 10 years ago, combines traditional step dancing with hip hop.

“Since we are a step team, we like to do a lot more steps, but we do modern hip hop dancing as well,” said co-captain and senior nursing major Noelle Cordero.

“We are always trying to do new and creative things,” said team captain and interior architecture graduate student Asia Huertas.

The step team performs at basketball games and various extracurricular and community shows throughout the year, including the Diversity Fashion Show last February. The team is currently comprised of six members.

The step team holds open auditions at the beginning of every semester and encourages everyone to audition regardless of experience.

“We have had a lot of people on the team now and in the past who had no previous experience. It was just something new, fun, and different they picked up and truly enjoyed,” said Huertas.

The step team holds rehearsals three times a week for two hours each session in the Dance Studio to practice their steps and routines.

“It is a responsibility,” said Cordero, “but since we are such a small team we’ve become like a family and its fun.”

“We are a very open and communicative group because we believe that we are a family, we like to involve everybody,” said Huertas. “I think if people were to join our team, they would have a great experience.”