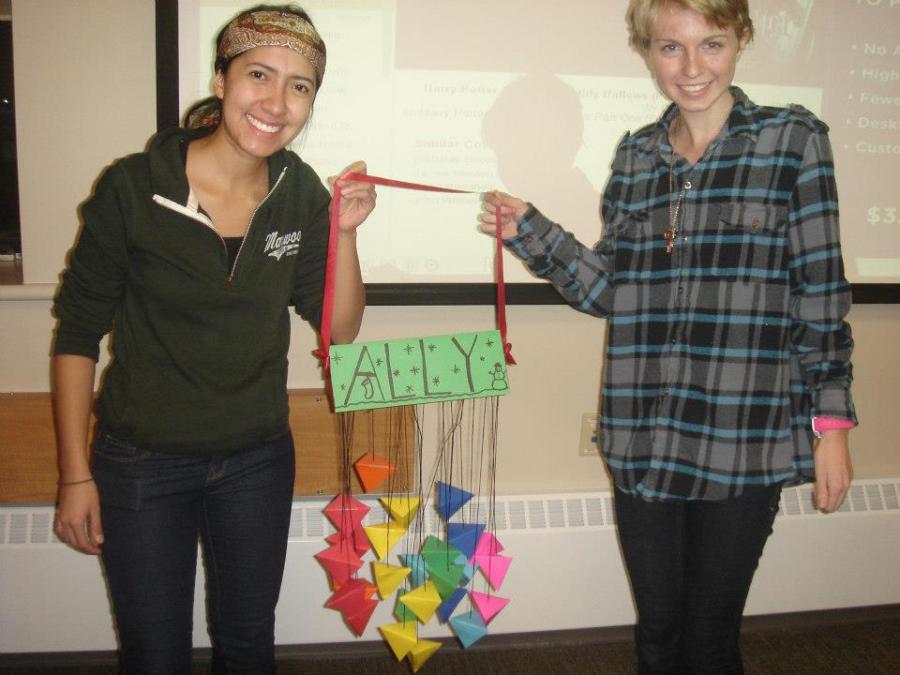 Marywood’s Ally Club provides a safe environment for LGBT (lesbian, gay, bisexual, transgender) or straight persons to create a community accepting of all kinds of individuals.

The national Ally organization began in 1997, and Marywood’s Ally Club became one of the first chapters on a college campus.

Today, the club still strives for its goals to increase understanding and awareness of issues regarding sexual orientation and to provide a greater sense of safety and respect for every person as the Catholic Church teaches.
“An ally is someone who respects all persons regardless of age, color, disability, gender, national origin, race, religion, or sexual orientation,” according to the Ally Club’s pamphlet.

Lydia Fulton, junior art therapy major, said she is proud to be part of Ally. “It’s a safe environment for the straight and LGBT community,” said Fulton. “And a great way to meet new friends.”

“It’s a safe place for people to be,” said Sister John Michele, I.H.M, campus ministry assistant director and faculty adviser for the club. “It’s something I think that people see, students see, parents see when they come to Marywood … they know their students are going to be safe.”

“We have lots of new members this year, so I’m excited to get to know them and their ideas for new activities,” said Fulton.

Sr. John said that being a part of Ally is about “standing up for what is right and allowing people to be who they are and not be afraid.”

Students interested in joining the Ally Club can find information on Marywood’s club page or by contacting Sr. John at [email protected]