Sr. John Says: Let’s do something about human trafficking! 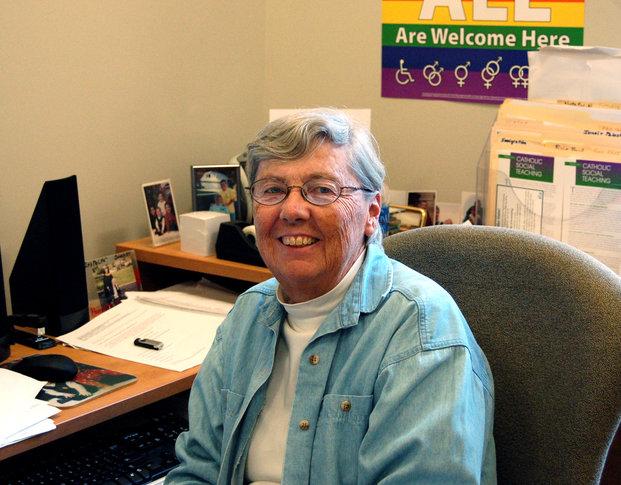 Do you know at what time in history slavery was at its highest peak?

Well, if you answered “today,” you would be correct! That’s right. Almost 30 million people are trapped in some form of slavery as I write this article. It is a 32 billion dollar industry and people are suffering from all types of bondage.

The Commuter Committee held the Date Auction on Feb 12, which was very successful and lots of fun. I got up before it started and reminded attendees how lucky participants were to be able to have fun with being auctioned off. Those participants were volunteers, but millions of people who are sold worldwide and do not have a choice in the matter.

Human Trafficking is a modern form of slavery. It involves controlling people through force to exploit them for sexual exploitation, forced work or both. Trafficking in persons is selling or receiving people under force for money.

There are many forms of trafficking: child labor, child sex trafficking, sex trafficking, child soldiers, debt bondage, forced labor and involuntary domestic servitude. The United States is a source, transit and destination country for men, women and children subjected to trafficking. Both US citizens and foreigners are victims of human trafficking.

A victim of trafficking may look like many of the people you see every day. Look beneath the surface; they could be in manufacturing, construction workers, restaurant workers, motel workers, migrant workers and on goes the list.

Learn to ask the right questions. If you think someone is a victim of trafficking, call the National Human Trafficking Resource Center at 1-888-3737-888. Learn more about HumanTrafficking here.

Find out how many slaves you use every day at www.slaveryfootprint.org.