Marywood students open up anonymously for the first time 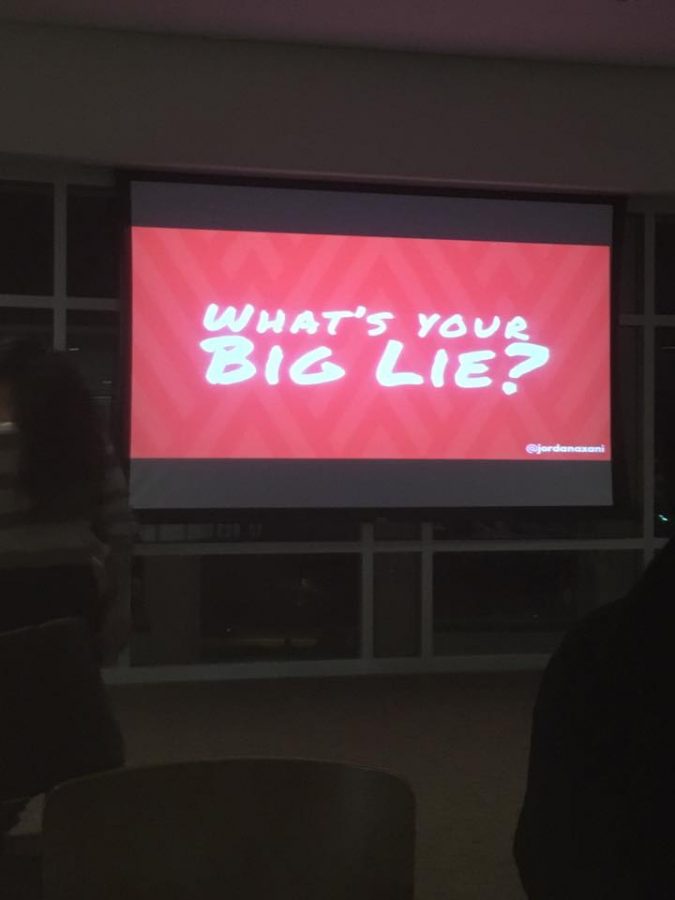 Attendees texted in their biggest secrets to a phone number provided by “What’s Your Big Lie?” and shown on a screen for all attendees to read.

Students anonymously texted their biggest secrets to a phone number provided by “What’s Your Big Lie?” The confessions were shown on a screen for all attendees to read. The topics varied from feelings of loneliness to suicidal thoughts.

“I think it’s a good idea to have people be more accepting, because everyone has secrets, and seeing everyone come out is amazing,” said Ryan Calamia, a sophomore English major.

Axani travels to speak at not only colleges, but also grade schools, middle schools and high schools. The first time he spoke, a young girl opened up about being sexually assaulted and said her family did not believe her.

“After she told her story, she looked right at me and she said, ‘that was the first time in my life that I felt valid,’” said Axani.

The idea for “What’s Your Big Lie?” came to Axani after experiencing hardships of his own. After being bullied for most of his life, he experienced the loss of his best friend who died in a drowning accident. Axani said these events made him feel alone.

“I wish someone did this when I was young,” said Axani.

At the end of the event, Axani welcomed any students who wished to share their secrets in front of everyone. Attendees loudly applauded those students who shared.

“It’s nice to see the love and care for others. It fosters our community,” said Kelly Clark, a graduate student majoring in clinical mental health counseling.

Axani said one of the hardest parts of visiting schools is dealing with faculty who want to be able to trace the identity of each confession.

“I had to tell them no. If you really want them to open up, you need to let them remain 100 percent anonymous. Otherwise, we aren’t going to get the same feedback,” said Axani.

“What’s Your Big Lie?” has recently become popular and is expected to reach 5,000 schools this year in the United States and Europe, according to Axani.

“This is really a profound moment every single time. People are able to open up for really the first time in their lives without any worry or shame and without being pounced on,” said Axani.