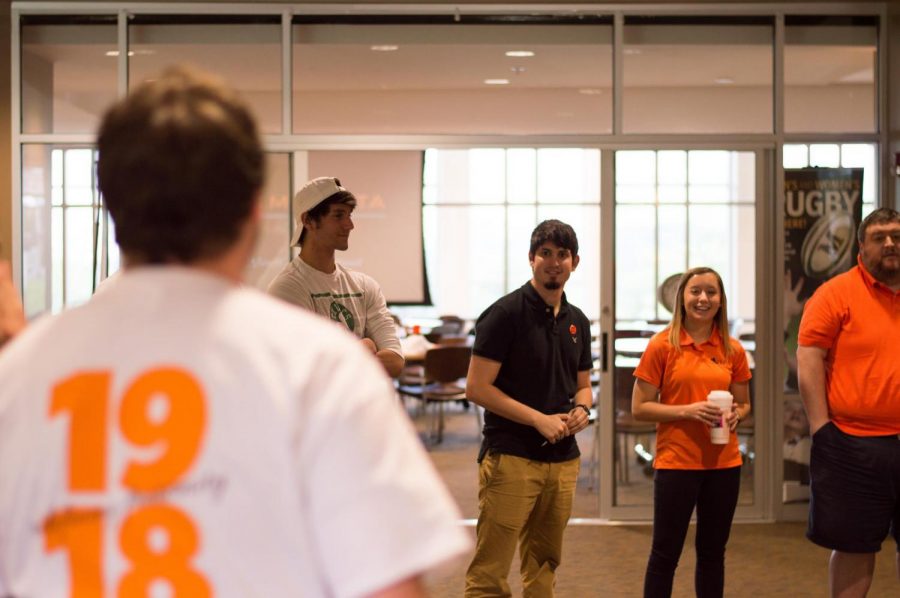 Those are the core values of the Phi Mu Delta fraternity that has arrived at Marywood.

Tom Murphy, the executive director of Phi Mu Delta, and Jackie Hackett, the director of chapter services and growth representatives, held interviews with prospective members and interested students on campus on Sept. 7 and Sept. 8.

“I would say that the men that we met over the last few days have met and exceeded our expectations,” said Hackett.

A colony retreat was held in the Upper Main Dining Hall in Nazareth Hall on Sept. 9. Murphy and Hackett gave a presentation with necessary information, including how the election for positions are conducted. A new member education session was held the following day.

“I think Marywood is a great fit for Phi Mu Delta,” Hackett explained. “The values between the organization and institution are very similar.”

According to an official organization brochure from Phi Mu Delta, “enriching [the] community through service helps us appreciate and understand the world we live in.”

“We know there’s the stereotypical [fraternity] experience out there that does exist, but we’re not interested in bringing a frat house to campus,” said Murphy.

“I look forward to posting on social media and getting more recruits in,” Calamia said of his position as vice president of administration. “My role is to really help brand Phi Mu Delta by putting out flyers and advertisements.”

A constitution was established toward the end of the meeting, with the members deciding a 2.5 GPA is needed to join and be maintained as a member requirement.

A secret induction ceremony will take place in the future for official members, which Hackett noted was strictly for members only.

“The fraternity will help the community and I’m excited to be a part of it,” said Junior Architecture Major Nick Rayha.

Currently, the fraternity is having weekly meetings every Wednesday and discussing what their role at Marywood is going to look like.

“The goal was to be participating in community service from early on,” said Senior Accounting Major Brandon Sodani. “It’s important that we establish a good reputation on campus.”