Turn the Radio Up 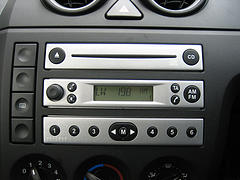 Yes, I know we all love to listen to our favorite old songs-the one’s we know all the lyrics to and can sing along to without the embarrassment of a slip up. But, if you used up all the room on your i-Pod and you never turn it off, you’re really missing out.  Your favorite old music is influencing new artists to come out with some great stuff in all genres, from alternative rock and rock ‘n’ roll, reggae and even pop. The following music is only a very small portion of the contemporary, creative, and innovative sounds waiting to be discovered by you.

I Nine is one the new sounds out there. They are an alternative rock quartet that’s young members excellently reflect their musical and emotional influences. Their start and stop tempo wonderfully complements front woman Carmen Keigans, whose singing is reminiscent of Jewel.  Anyone can find a song she or he can relate to from this group, as it offers lyrics that represent the complexities of life with the complement of a sublime melody.  Their most widely recognized singles, “Seven Days of Lonely” and “Change Nothing,” are the perfect demonstrations of I Nine’s capacity to perform a wide of emotions through their vocal as well as their sound. Check them out and keep your eyes peeled for their debut album, Heavy Weighs the King.

Now, I have to ask that you make some room in your artist list under ‘B’ for the Boss, Bruce Springsteen. If you thought rock ‘n’ roll was dying, his new album Magic is sure to change your mind.  In Springsteen’s latest releases, his traditional rock sound is enhanced by the tremendous soulfulness his performance has achieved.  He makes his sound more contemporary with the pop quality of one hit song from this album, “Radio Nowhere.” Yet, he shows that he has stayed true to his roots as his story-telling ability has never been more creative in his “Girls in Their Summer Clothes,” written as an homage to the place of his youth, Asbury Park, New Jersey.

The reggae genre is still producing a vast amount of new releases, too. Hopefully, those of you who have a special place for Bob Marley’s sound have not missed out on the sweet melodies brought to life by his two sons, Stephen and Damian Marley. Combining their talents they add a more contemporary rhythm to their father’s sound while sharing his commitment to cultural confl ict in hopes of reaching society’s consciousness in songs such as “The Traffi c Jam.” Stephen Marley has also branched out on his own and produced Mind Control, an entire album dedicated to reggae which is also heavily influenced by dancehall ragga.

Last but not least, we have the pop genre. Now, hopefully some of you I-Pod junkies have at least turned on the radio to hear some of the new pop music releases. Of course, you could keep adding to your list of Mariah Carey favorites as, with her18th chart topper, she approaches The Beatles’ record number of hits with her new single “Touch My Body,”  which previews her new album, E=MC2.  However, there are new artists deserving that sacred i-Pod space as well. Sara Bareilles is one of these new, rising stars. Her music, although classified as pop, is heavily influenced by the rock and punk genres as well.  In fact, her new hit “Love Song” keeps with the pop ideal of a catchy tune while reflecting Bareilles’ rock/ punk anti-conformity message.

Fight the temptation to listen to the same old play list. I know it may be your favorite but your next favorite could be out their waiting.