"The Lovely Bones" Goes From Book to Big Screen 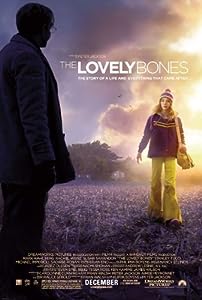 Cover of The Lovely Bones

Alice Sebold’s award winning book, The Lovely Bones, is due to hit theaters on December 11th in movie form,  just in time for the holiday season. This particular book has been out for a couple years now, but it has acquired many awards, including The American Booksellers Association’s “Book of the Year” Award as well as a spot as a #1 National Bestseller. The Lovely Bones has been used in classrooms and by casual readers, reaching out to a broad audience. Since its release, Sebold’s book has taken up popularity and now has been created into a movie.

To any of you who have yet to pick up the book, here is a quick review and summary. The Lovely Bones takes up a setting in a quiet town in Pennsylvania where a young girl, Susie Salmon, narrates the story of her life before and after she was murdered at only fourteen. Susie takes the readers through her struggle of being in heaven and watching her family and friends track down her murderer, unable to help them. Susie goes through many emotional trials as her mysterious death is unveiled and watches as her family slowly falls apart in the aftermath. The book conveys such strong emotions from beginning to end that it is hard to put it down.  The Lovely Bones is sure to capture your heart and open your eyes. The New York Times Book Review raves, “The Lovely Bones takes the stuff of neighborhood tragedy and turns it into literature.” I would give this book 5 stars for beautiful writing and an impressive storyline.

Recently, the trailer for The Lovely Bones was released into theaters and it is thrilling! What makes this movie so appealing to me, besides the fact that I loved the book, is the director, Peter Jackson. Jackson is best known for his directing of The Lord of the Rings trilogy, which was a huge hit at the box office. I am interested to see Jackson take on a smaller movie, compared to the large-scale project of The Lord of the Rings. The trailer only gives small clips of the upcoming film, but really can give the viewer a sense of what to expect. I am normally a skeptic when it comes to books turned into movies, but I foresee Jackson fully using his directing creativity in this movie to produce a good rendition of the novel.

The cast of this movie brings together an interesting blend of actors and actresses including Rachel Weisz, Stanley Tucci, Susan Sarandon, and Mark Wahlberg. Saoirse Ronan was picked to play the main character, Susie Salmon. Ronan was also featured in the 2008 movie Atonement and is due to premiere in an upcoming movie, The Way Back. This mix of talented and well-known actors has my expectations pretty high for this film, and based on the trailer, it seems that the movie will mirror the book very well and evoke the same emotions to the viewers as it did the readers.

So, for any Lovely Bones followers out there, the movie premieres in less than a month, which means there’s still time to pick up the book and read it, or even re-read.