We The Kings come to Marywood 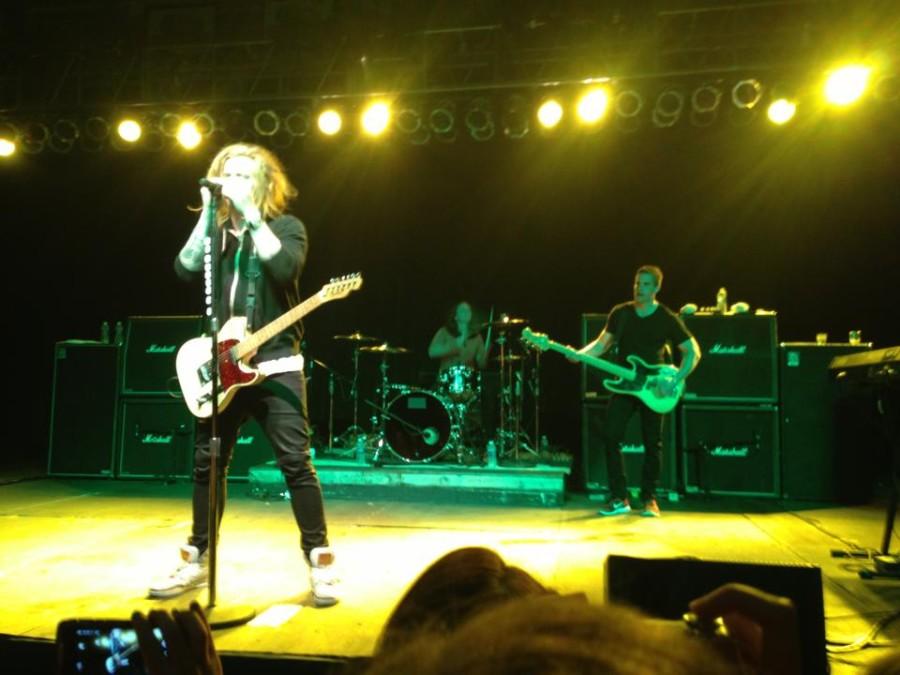 National recording act, We The Kings, kicked off Marywood’s second night of Spring Fling with a concert on April 13.

We The Kings formed in 2005, and in 2007 released their self-titled debut album which included platinum single, “Check Yes Juliet.”

Travis Clark, lead singer, songwriter and self-proclaimed “heavy lifter” of the band, spoke about the new We The Kings album coming out in 2013.

“This is our first attempt at a new style of music,” said Clark.

The new album has thirteen songs that the band feels strongly about. Every song will feature “gang vocals,” or crowd sing-alongs.

“Everything kind of happens for a reason and there’s a meaning for everything,” said Clark about the album’s message. “We’re growing with our fans.”

We The Kings released the first single from the new album, “Just Keep Breathing,” on Friday, April 5 without the help of a record label.

“I’ve been waiting to write this song for a very long time,” said Clark.

“Just Keep Breathing” is about Travis Clark’s experience with bullying while growing up.

“I was bullied because of my red hair,” mentioned Clark. He wanted to show that bullying happens to everyone and you can move on from it. “This is a song that speaks to everyone.”

We The Kings decided to play their new single for the first time at Marywood for their bassist, Charles Trippy, who could not be there.
Before debuting “Just Keep Breathing,” We The Kings taught the crowd the lyrics so they could sing along and gave them a heartwarming message. “If it wasn’t for you, we’d be nothing at all.”

The band closed their show with their first-ever hit song, “Check Yes Juliet.”

“The show was entertaining, loud, and exciting. It made me jump; it was thrilling. I’d see them again.”

Stephani Kirkos, freshman architecture major, was unsure about We The Kings at first, but after seeing them, she loved it and would definitely see them again.

“I wasn’t expecting it to be as cool as it was. It was exciting.”