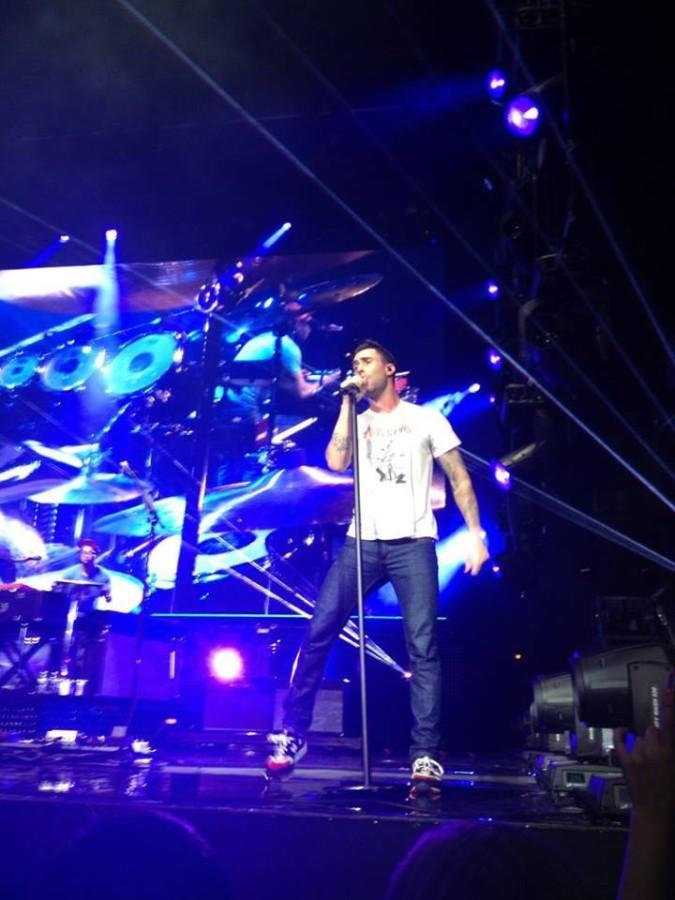 Next up was Miss Independent herself, Kelly Clarkson singing a variety of her older, popular songs and adding some new tracks. For the end of her performance she changed into a glow in the dark costume that lit up the pavilion.

Maroon 5 hit the stage at 9 p.m.  Jim Jones, junior biology major, was right up front where all the action was.

“I was literally two feet away from Adam and it was the most thrilling experience in the world,” he said.

Another highlight of Jim’s concert experience was actually shaking hands with Clarkson during her performance, which he described as, “a once in a life time opportunity.”

Danielle Campbell, junior communication arts major, also attended the concert and described the atmosphere as thrilling. “The crowd was so alive and involved with the performances.”

According to Campbell, Levine actually said that the audience was their best crowd yet.

Due to the death of a concert goer last week at the Jason Aldean concert, security and parking regulations were strictly enforced by police. No one was allowed to walk down the mountain.