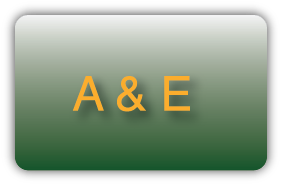 The year 2013 was filled with drama, history, and innovation in the world of cinema. On Sunday, March 2, critically acclaimed films like “Twelve Years a Slave,” “Gravity,” and “Dallas Buyers Club” will go head to head in hopes of winning an Oscar at the 86th Annual Academy Awards.

As the Oscars approach, fans and critics alike announce their predictions before the event. In a similar fashion, I too, have compiled a list of the films and actors I believe may win the coveted Oscar statuette. Though I do not necessarily agree with some of the predictions on this list (“American Hustle”), I have done my best to predict who the Academy of Voters will crown as victors come Oscar night.

Why?: A tragic yet compelling story with a strong cast and brilliant director; what’s not to love?

Why?: Going through a dramatic physical change while mastering a difficult character may be the trick to winning the vote for best actor.

Why?: With five nominations under her belt, Amy Adams may receive a sympathy vote from voters.

Why?: Sweeping the competition in a number of award ceremonies, including the Screen Actors Guild and Golden Globes, a pattern may be forming in Leto’s favor.

Why?: Three nominations and one win in four years, meet the Academy’s golden child.

Why?: Visually stunning, catchy, funny, well-written, and commercially successful may be what it takes to beat out Hayao Miyazaki’s “The Wind Rises”

Why?: Setting the realistically dark, silent, and cold atmospheres of space and five prior nominations could finally get Emmanuel Lubezki a statue.

Why?: Completely redefining the visual boundaries in cinema while depicting the cold yet mesmerizing beauty of space all in around 90 minutes, enough said.

Why?: “Gravity” has mastered so many technical accomplishments which are all seamlessly brought together through the film’s editing

Why?: Taking such an important story written by the man who experienced such a horrific ordeal first-hand and successfully writing it for the screen is no easy task, but writer John Ridley somehow manages to do it perfectly.

Why?: With a script that creates a completely unique concept between man and machine, “Her” may finally get Spike Jonze an Oscar after three prior nominations.

Why?: Uses cutting edge technology to engage the audience and create an emotional tone that works perfectly with the film

Why?: Try listening to this song and not singing along, seriously.