A flight worth taking 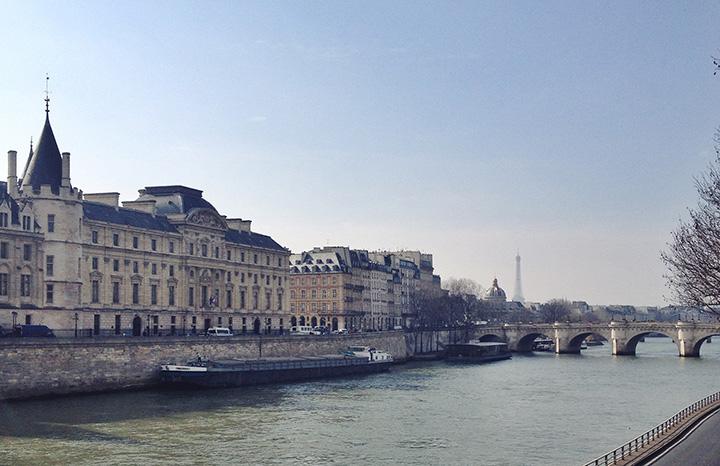 In a cheerful tone, the pilot announces on the intercom that we have begun our initial decent and the weather in Newark is a mild 55 degrees with gusty winds.

The flight attendants continue to glide up and down the aisle offering extra sandwiches that no one seems to want. As the cart appears in front of my row, the plane dips harshly below a cloud and the seatbelt sign dings on.

The passenger seated next to me, a French woman in a blue blazer similar to the ones the flight attendants wear, looks at me with an expression that seems to be saying, ‘Here we go!’

In a few short minutes, the flight attendants have disappeared and I feel like I am on my own. The plane starts a series of heavy plummets down and fast zips up as if the pilot can’t make up his mind as to whether to take us to earth or outer space.

As a fearful flier, it would seem to be a natural instinct to regret making the entire trip because of this dreadful moment but it isn’t. In fact, if a magic Genie granted me the chance to relive my week in Paris with the stipulation that I must endure this terrible landing one more time, I wouldn’t hesitate to say yes.

My head bobbles back and forth, up and down, with every motion of the plane. I rack my brain for a way to avoid a panic attack while flying 30,000 feet above ground. I begin to visualize myself in all my favorite spots throughout the trip.

My tired, cold body walking up the stairs of the Sainte-Chapelle, a medieval Gothic chapel, to be enveloped by the warm colors of stained glass shining on my skin.

Opening the narrow latched window in the tiniest hotel room at the Comfort Inn on Mouffetard, to see a flower box full of red carnations, and a cobblestone street below.

Sitting in the sun on a curb by the river, crunching on crispy French fries while the Eiffel Tower peeks through a sea of Parisian style apartment buildings.

Criss-cross shadows on my face, as I stand below the famous glass pyramid at the Louvre Museum, never once forgetting that some people only dream of getting the chance to see the inside.

I come back to my senses, peer out the window as tiny houses become larger and larger, and feel the wheels of the plane bounce onto the runway. The wheels spin vigorously on the pavement as if they will never stop. I secretly hope that they don’t, and instead the plane sails back into the sky, off on another adventure.