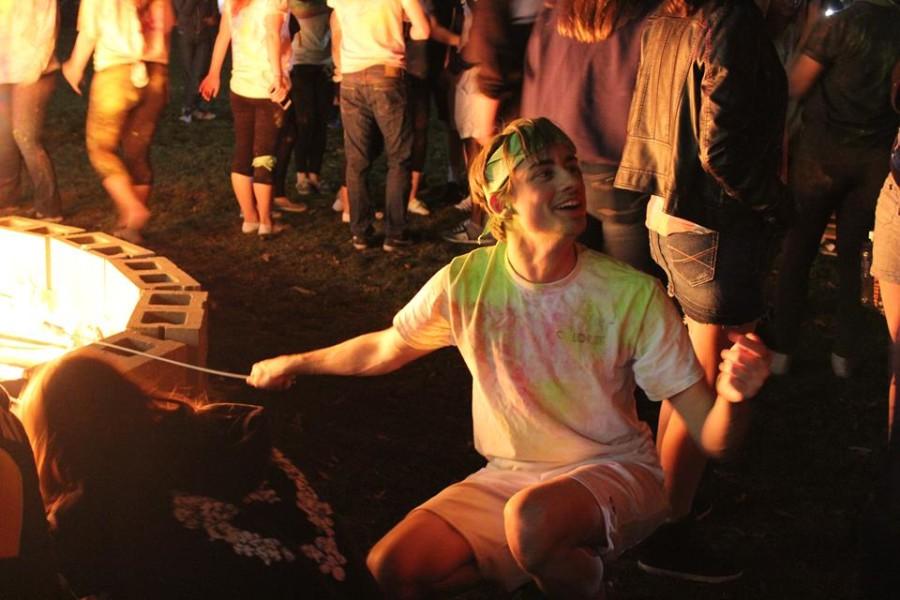 Marywood’s Student Activities Crew (SAC) held Color Fest on the Art Field, located outside of the Insalaco Building, on Tues., April 14 from 9 p.m. to 11 p.m.

The event was originally planned for April 9 but was rescheduled due to poor weather conditions.

Color Fest’s goal was to mimic the ancient Hindu religious tradition of Holi. Holi is a spring celebration that honors good over evil, and the end of winter. Participants in the festival typically throw colored powder as a celebratory act.

“We just kind of thought of doing something towards the end of the semester when people are stressed out, and no one wants to take finals,” said Williams. “It’s just a really great way to get people out and just having a lot of fun.”

SAC provided t-shirts and bandanas for students to wear prior to the color war, so that they wouldn’t ruin their clothing. Later in the evening, a bonfire was lit and materials for roasting s’mores were put out.

Nathan DuVall, a freshman architecture student, was one of the colorful students in attendance.

“I love [Color Fest]. I’m actually joining SAC next year to help out at these events,” said DuVall.

According to Ansbrow, Color Fest is an event SAC would like to make a tradition at Marywood each spring.

For more on SAC and how to get involved, check out SAC’s page: