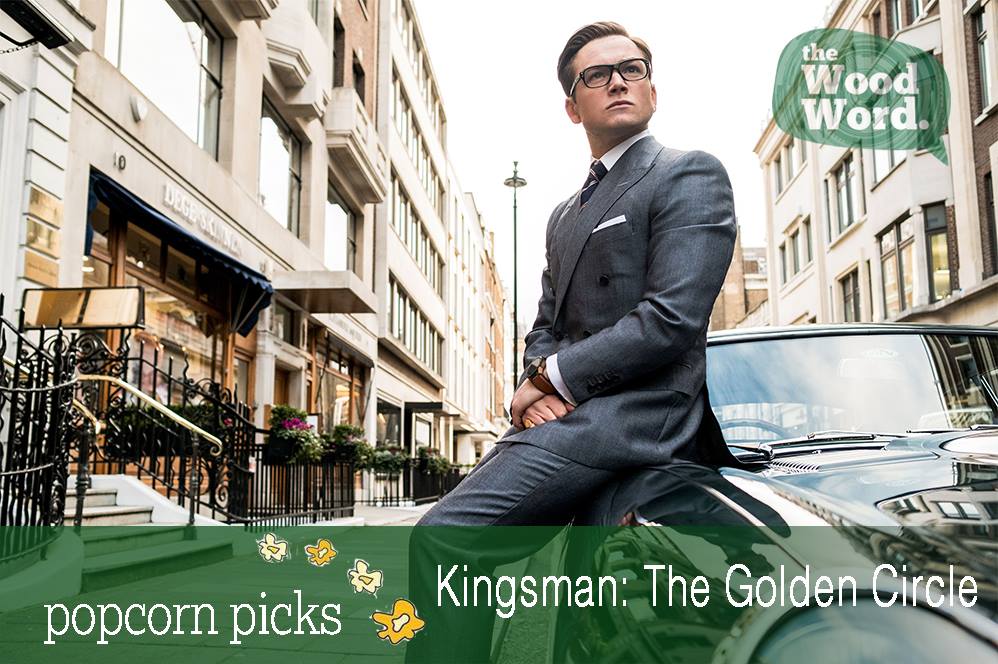 Within the first five minutes of the film, director Matthew Vaughn made it clear that this Kingsman film is bigger and bolder than its predecessor.

Vaughn kept the magic and humor that made the first film so great and improves on it in this sequel. Even with everything packed into the movie, he manages to create a heartfelt and creative story.

“Kingsman: The Golden Circle” revisits the Kingsmen secret agents a year after the events of the last film. When the beloved agency is wiped out by the mysterious organization the Golden Circle, the surviving members must team up with their American counterparts the Statesmen to take on this new threat.

The story of this film is taken to a new high, with twists to catch the audience off guard. Though one major twist, agent Harry Hart, played by Colin Firth, still being alive is revealed in the promotional materials, the story behind his survival is unexpected. There are plenty of surprises along the way to keep you engaged at every point in the film. Vaughn and co-screenwriter Jane Goodman took the best elements of the last film and improved on them, which very few sequels do properly.

Once again, Taron Egerton shines as Eggsy, giving a more complex performance compared to the first film. His character has less of an arc in this movie, but still has some growth.

Another standout performance from the Kingsman was Mark Strong as Merlin. Merlin had a more subtle role as the comic relief in the last film, but this film gave him an amazing character arc. He steps into the position of role model to Eggsy that Hart held in the last film and perfects it.

The Statesmen are a mixed addition. On the positive side, Hallie Berry adds some more female power to the spy world, even from a more behind-the-scenes role. Pedro Pascal as Agent Whiskey is the exact picture that I imagined the American Kingsmen to be. He takes the classiness of the gentlemen spy and gives it a western spin. He is the strongest addition to the franchise in this film. Though these characters are perfectly executed, some of the other Statesmen don’t fare as well.

The biggest problem with Jeff Bridges as Champagne, the head of the Statesmen, is his lack of screen time. When you have Jeff Bridges being a leader of a spy organization in your film, you should use him to his fullest potential. This film failed to do so.

Out of all the Statesmen, the weakest contribution is Agent Tequila, played by Channing Tatum. Unlike Whiskey, Tequila feels like a reckless addition to the group, as if he’s more of a liability than an asset. He throws off the chemistry of the rest of the team.

On the villainous side, Julianne Moore’s Poppy is a great balance of crazy and innocent, making it fun to hate her. Her plan seems ridiculous, but it makes more sense than original villain Richmond Valentine’s plan from the first film. Her main henchman is a spoiler, but without giving anything away, he is devilishly fun. He is quippy and gets along great with Poppy, yet holds his own in a fight. His skills make you wish he was a Kingsman.

This film had a bunch of creative ways to kill people. It really goes above and beyond the call to action when coming up with new weapons and attacks. From Eggsy’s briefcase gun, to Agent Whiskey’s electric lasso, to Harry’s cologne bomb, the gadgets got a serious upgrade from the first one.

The only major downfall of this film is the lack of one-take shots. The first movie had the big church fight as a one-take sequence, which people are still talking about two and a half years later. This only has one fight scene that could be considered one take. The one-take shot is something Vaughn has established as a trait of his, and to see a lack of it in this movie is disappointing.

There is no such thing as the perfect movie. This movie is about as close as you’ll get to it and deserves a perfect rating. Not only is it one of the best sequels of all time, it’s better than its predecessor. It’s great whether you look at it as an action comedy, a spy movie, a straight action flick or any other genre this film could fit in. Vaughn has taken his greatest creation, stripped it down to only the good pieces and built up from there. Now let’s see if he decides to turn it into a trilogy.

Rating: Five out of five kernels.