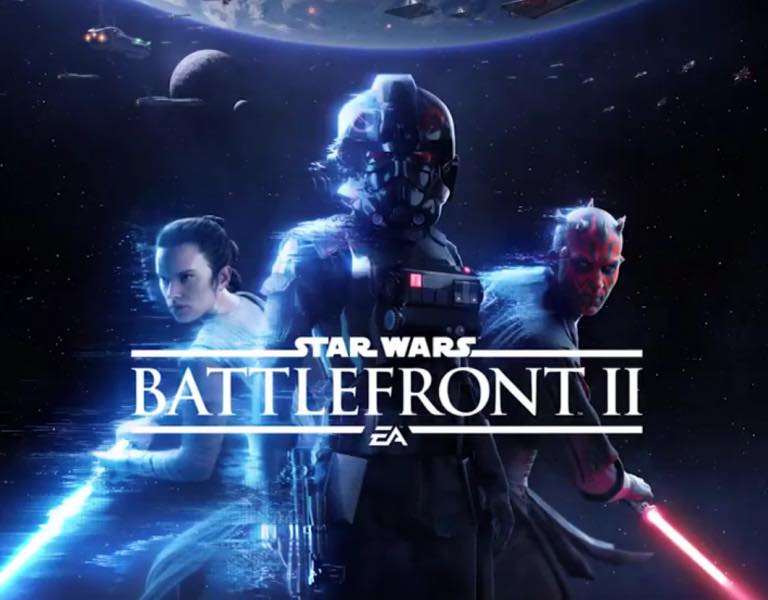 The “Star Wars Battlefront” franchise is one that gamers hold close to their hearts. After the most recent “Battlefront” game released in 2015 to a mixed reception, the pressure was on to create a sequel that would win fans back.

Enter “Star Wars Battlefront II,” a game that in one moment can leave the player with their jaw dropped based on how detailed its world is, but in another moment leave the player scratching their head due to some questionable design choices.

The absence of a single-player campaign mode in its predecessor was one of many issues that needed to be addressed for this game. The issue was taken care of, but the result is okay at best.

Campaign mode begins after the Star Wars film “Return of the Jedi” and serves to fill in some of the gap between that film and “The Force Awakens.” The story centers around a new character named Iden Versio, a commander of an elite squadron within the Galactic Empire who eventually has conflicting feelings about her position and everything the Empire stands for.

Without spoiling much of the story, the narrative takes some interesting turns and even features playable versions of classic Star Wars characters such as Luke Skywalker and Han Solo. The story doesn’t feel out of place in the Star Wars universe, even if some moments are predictable.

However, the gameplay in the campaign leaves a bit to be desired. It definitely has its fair share of exciting moments, but there are also plenty of missions filled with over-long segments of taking down waves of enemies. These parts felt like they were just there to increase the length of the already short five-hour campaign.

This was disappointing because in a game that so carefully and beautifully recreates well-known characters and areas in the Star Wars universe, these rather boring segments of gameplay take away any immersion and painfully remind the gamer they’re playing a video game.

Returning from the previous game is the online multiplayer mode that can be either full of frantic and fun action, or an absolute snooze fest that makes playing it feel like more like a chore than a good time.

This is mainly thanks to the infamously horrendous progression system put into place. Playing normal matches only serve to progress your character in number rank only. In order to progress in the more traditional sense of unlocking upgrades for your character, players can either spend many hours grinding to earn in-game credits or spend real world dollars on credits to unlock loot boxes.

Loot boxes are a game of chance and largely considered a shady business practice in the gaming industry. Even though the player may have spent their hard-earned cash on one of these boxes, they are not guaranteed anything that will progress their character in a meaningful way. This leaves little to no motivation to continue playing online matches because nothing the player does is meaningful to their progression. If they happen to come across a player that was fortunate enough to unlock a good upgrade, they are put at an immediate disadvantage.

This is an absolute travesty in game design, so much so that after one Reddit user voiced their opinion on the official “Battlefront” page about this “pay-to-win” type model, “Battlefront II” Publisher EA’s response became the most down-voted comments in the site’s history. EA took down the option of spending real world money in-game until they can come up with a solution that players are satisfied with.

These issues aside, the game plays very well and comes loaded with content, which addressed another major criticism of the previous iteration. Offline modes are available for players to test out different gameplay styles, characters and maps which helps newcomers dip their feet in the water and get a feel for how the game operates.

Improved space battles are a very welcome addition to the game as well. Piloting famous ‘Star Wars’ ships such as the X-Wing or Tie Fighter has never felt so smooth and exciting. Moments in some of these battles even manage to capture the essence of the films, either in the single-player campaign or the online multiplayer mode. It seems clear there was a separate development team assigned to making this portion of the game, so it’s a shame that other modes didn’t receive the same care.

Ultimately, “Star Wars Battlefront II” is an improvement over its predecessor, albeit not the big improvement gamers were hoping for. For the Star Wars faithful, ‘‘Battlefront II’’ is worth the price of admission. However, the causal fan can wait a bit and pick this one up when it eventually goes on sale.