Popcorn Picks: The 2021 Oscar nominees are an eclectic group 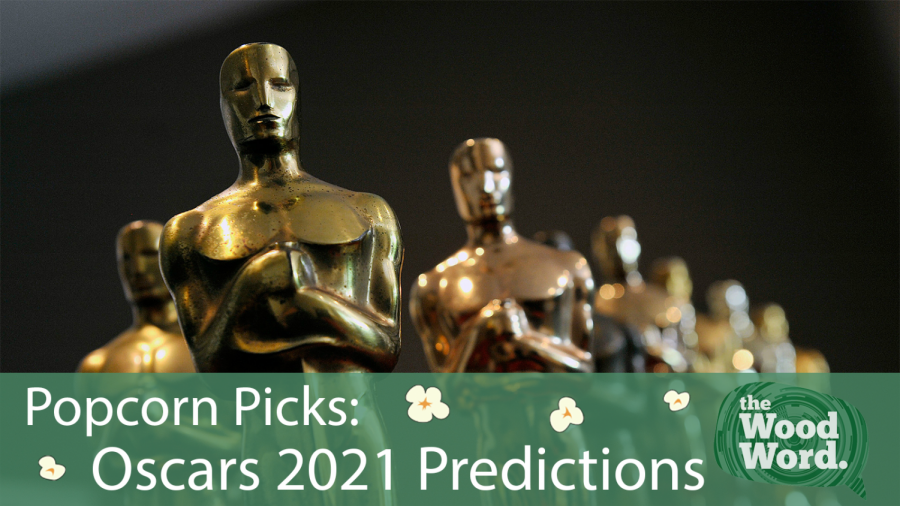 Despite COVID-19, the biggest night in film, the Academy Awards, will air this Sunday.

Film-lovers were on the edge of their seats when the Academy of Motion Picture Arts and Sciences announced the postponement of the 93rd annual Academy Awards due to COVID-19. However, just like any good Hollywood comeback, the Oscars will air this Sunday.

This past year I was worried about how and if the Academy Awards would take place. Now I am more concerned about who will take home the statue this weekend and who was left out.

Best Actress in a Supporting Role
The nominees for Best Actress in a Supporting Role are interesting this year. Ultimately, I believe Maria Bakalova will win for her breakout role in “Borat: Subsequent Movie Film.” Her performance was a hot topic of conversation after she fooled former New York City Mayor Rudy Giuliani into believing she was a journalist during a hidden camera scene. However, do not count out Glenn Close just yet. Although Close received a Golden Raspberry nomination for Worst Actress for her role in “Hillbilly Elegy,” the tides may turn for her on Oscar night.

Best Actor in a Supporting Role
The one category that has the most surprising nominees this year was Best Actor in a Supporting Role. I was happy to see that Sacha Baron Cohen received a nomination for his role in “The Trial of the Chicago.” Cohen’s performance was phenomenal, considering that he is best known for being a comedian and not a serious actor. So, I am rooting for him to take home the statue.

However, Daniel Kaluuya and Lakeith Stanfield received nominations for their roles in “Judas and the Black Messiah.” Although these nominations came as a surprise to most people, I would not count them out just yet. Someone who was noticeably absent from the list of nominees was Eli Goree, who played Cassius Clay in “One Night in Miami.” Robert Pattinson also deserved a nomination for his role in “The Devil All the Time.”

Best Actress in a Leading Role

Whoever wins Best Actress in a Leading Role Oscar will be a total surprise to us all because every woman in this category is incredibly talented. However, I can see Viola Davis taking it home for her performance in “Ma Rainey’s Black Bottom,” especially since she won both SAG and NAACP Image Awards for her performance. Andra Day also has a good chance at winning for her role as Billie Holiday in “The United States vs. Billie Holiday.” Her stunning vocal abilities made for a remarkable performance as the late Jazz legend.

Best Actor in a Leading Role
None of the nominees for Best Actor in Leading Role came as a shock to me. However, I will be surprised if Chadwick Boseman does not posthumously win for his role in “Ma Rainey’s Black Bottom.” Boseman, who passed away from colon cancer in August, has swept awards all season long. So, I cannot picture him losing the Oscar. The only person who could beat him is Gary Oldman for “Mank.” Oldman consistently gives stellar performances in all his roles, and this one is no exception. Two people who I thought deserved at least a nomination were Tom Holland for “Cherry” and John David Washington for “Malcolm and Marie.” Both actors delivered very intense performances that I believe should have been recognized.

Best Director
The nominees in this category are an eclectic mix. However, I believe Chloe Zhao will ultimately win for her film “Nomandland.” Zhao already has a solid winning streak this awards season and currently holds the record for most awards in a single award season in the modern era. The only person who could beat Zhao in this category is David Fincher for his film “Mank.” Regardless, I still cannot wrap my mind around Aaron Sorkin being snubbed for his directing in “The Trial of the Chicago 7.”

Best Picture
Best Picture is another category with an eclectic mix of nominees. However, I ultimately believe the film “Minari” will take home the Oscar. People have been raving about this film since its release. So, I find it hard to believe that it will lose. However, anything can happen on Oscar night. “Nomadland” won the Gold Globe for Best Picture, and “The Trial of the Chicago 7” has also received positive reviews. So, if any film could beat “Minari,” it would be either of those films.

To say it was a rough year for the film industry would be an understatement. Between cinemas being closed and productions shut down, the film industry suffered a massive blow. However, if anything could remind audiences about the magic of film, it would be Oscar night.