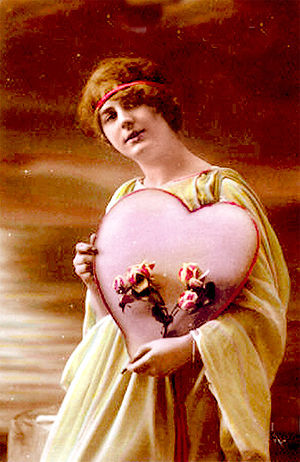 If there was ever a debate over what could be considered the most made-up holiday, Valentine’s day would probably win the title. This is probably due in part to the fact that no one can agree upon the true history of the holiday. According to History.com, some say Valentine’s day started out being celebrated by the Romans as a pagan fertility and matchmaking ritual, others say it had to do with St. Valentine marrying young men in secret to prevent them from becoming soldiers. There’s also another variation involving St. Valentine writing the first “valentine” in jail, while awaiting his death for helping Christians escape Roman prisons. Whatever the true history may be, Valentine’s day has become synonymous with greeting cards, candy, flowers, and jewelry– traditions created by the companies that manufacture the products, which we’ve now come to associate with Valentine’s day.

Unfortunately, the typical Valentine’s gifts aren’t particularly known for being cheap, with the exception of greeting cards, so what’s a struggling, cash-strapped college student to do? Get creative. Below

I have compiled a list of 10 gifts to give your significant other, all under $10. Many of these gifts could be classified as do-it-yourself, since they’re cheap and, in my opinion, require more effort and thought than dropping major coin on a fancy gift. If you don’t consider yourself to be crafty in any way, don’t worry, I’ve listed some items for the creatively-challenged. Mind you, these are in no particular order.

The good, old fashioned, homemade card or valentine. Yes, I know this isn’t anything new or awe inspiring, but based on what you choose to do with it, it can be. Make it huge, cover it in glitter, painted macaroni shells, whatever moves you. Supplies can be bought for under $10, including construction paper, markers, glue and glitter. Michael’s craft store in Dickson City usually has a 40% off coupon every week, so if you find one, you can be a bit more liberal with your spending.
This next gift is another one that’s nothing new, but with a twist. The mixtape. And I’m not talking about burning your favorite songs to a cd, I’m talking about an actual cassette, which takes arguably more work than a burned cd, that is, assuming that you still own stereo equipment that would facilitate the making of such a tape, not to mention the person you’re giving it to.
If you’ve got a photo you really like of you and your boyfriend/girlfriend, cheap frames can be found just about anywhere, which you can personalize by framing with items like the ticket stub from the first movie you went to together, a concert ticket, letters, or other memorabilia. If you aren’t the sentimental type and don’t hold onto those things, craft stores carry paper scrap booking supplies that can express their interests: sports, books, shopping, you name it.
Along the lines of scrapbooking, another great way to show off your creativity is with a homemade scrap book. Just take a few sheets of construction paper, or something with more weight, like matting board, then punch a few holes down the side of each, and lace with ribbon. There’s no limit to how far you can personalize a gift like this to cater to the person you’re giving it to.
Make dinner. A pizza kit can be bought for under $5, you don’t have to be a master chef to make it, and you can buy additional toppings with the left over money. If you really want to be cute, make a heart-shaped pizza, and write sweet nothings with cheese, pepperoni, or veggies.
While chocolates are a well-known Valentine’s gift, depending on the quality, they can get expensive. Why not make your own by dipping strawberries, oreos, marshmallows, pretzels or any other confection you can think of with white and milk chocolate? Arrange your assortment in wax paper, then place in a white, red, pink, or brown paper bag tied up with ribbon.
Another typically expensive Valentine’s gift is jewelry, but that doesn’t mean you have to spring for the fine stuff. Some elastic thread and an assortment of beads, including letter beads, which can be picked up at Walmart for less than $10, can make a heartfelt gift that you can personalize with a nickname or personal message that your sweetheart can take with them everywhere.
If you like to bake, cookie or cupcake mix and icing can be picked up for $5 or less. You can make love bug cookies or cupcakes with some red, pink, and black colored icing, or write your own favorite sentiments on the cookies.
For the book worms, a classic love story makes a great gift, given they haven’t already read it. I’m not talking about Twilight either. Classics like Wuthering Heights, Pride and Prejudice, Doctor Zhivago, you get my point. I realize books aren’t always cheap either, but places like Anthology Books in downtown Scranton sell gently used, moderately priced books and have a wide selection. If you don’t mind taking a risk, try Half.com as well, but I can’t promise you’ll get it on time.
Write them a love letter–with magnets. Printable, magnetic sheets can be picked up from samsclub.com for $8.62, including shipping, and will allow you to print whatever you want, photos, love quotes, or poems, onto magnetic sheets you can arrange on any metal surface like a fridge(I wouldn’t advise putting them on their car, though). My suggestion: offer to make them breakfast Valentine’s day morning, and when they’re not looking, arrange your love notes on the fridge. Who doesn’t like breakfast with a surprise?

Whether you’ll be spending your Valentine’s day with your boyfriend/girlfriend, or a friend who you would like to be one of those, any of these gifts are sure to warm their heart.