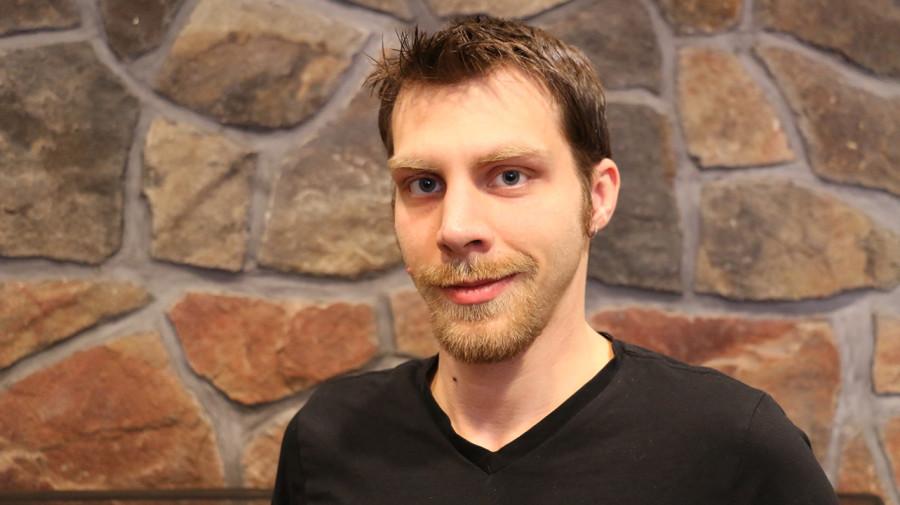 James Phillips is a junior environmental science major who is developing a new trading card game called Caster VI Elements. The fantasy game differs from other trading card games of the same genre and is currently in development.

Q.    Can you describe the game that you’re working on?

A. I am developing a trading card game called Caster VI Elements. It’s a fantasy-based card game with a focus on mythical creatures, magic spells, and the elements of fire, water, earth, air, light, and dark. It is somewhat similar to other magical card games, but Caster VI Elements is very creature-centric. It’s a fun game where players can battle and trade cards in person, though I am also considering making an virtual app for Caster VI Elements.

Q. What inspired the concept of your game?

A. I’ve been playing trading card games since I was a kid and my brother taught me how to play. We played Magic the Gathering, which was released in 1993. I’m 28 now, so I’ve been playing for 22 years; trading card games are a huge part of my life. However, things about other games bother me. For example, in other games, players need certain types of cards to play against other people. I didn’t like the exclusivity of that; everyone should be able to play. I incorporated aspects of other games that I like, excluded parts I didn’t like, added my own ideas, and created Caster VI Elements.

Q. What sets Caster VI Elements apart from other games of the same genre?

A. Creatures are a big part of any fantasy card game, but there is a special emphasis on their importance in Caster VI Elements. There are creatures throughout all of mythology and I draw inspiration from ancient lore. Because these mystical beasts are so integral to other mythologies, it’s impossible to have a successful mystical world without creatures, and I want to prioritize their importance.

Q. Are you working independently or do you have a team working with you?

A. I’m gathering a team now. As of now, the creations are my own, save for the inspiration that I’ve drawn from other sources. I have a friend who is a lawyer helping out with any copyright issues I may have so things can run smoothly. Before starting the development of Caster VI Elements, I did not realize that other card games have very strict patents on certain words and phrases so I find ways to work around that. I’m also working with a graphic designer as well as artists from Deviant Art, a photo sharing website where artists can promote their work. In fact, the artwork is probably my favorite part of the game. It truly brings all the concepts and features to life.

Q. Is this game related to your major in anyway?

A. Yes and no. While it isn’t a part of my major, I draw inspiration from what I learn in class. Two of the classes I’m taking are geology and oceanography. While in class, I’ll hear concepts and relate them to my game. One day, we were talking about crocodilians, an ancient animal, and I was inspired to put that animal in my game. I actually came up with 16 new cards in one day from paying attention to the concepts we’ve discussed in class.

Q. How do you balance developing the game with the rest of your schedule?

A. It’s difficult, but possible. I am a full-time student with two part-time jobs, but I try not to limit myself. I am also a member of the a cappella group, Chamber Groups, and the Campus Choir. I leave early for work, go to school, come home, have dinner with my wife, hang out with my two cats, and take my two dogs for a walk. The cool thing about developing Caster VI Elements is that I can do a lot of the work from home so I still get to spend time with my wife and four pets.

Q. How much time do you devote to the a cappella group that you are involved in?

A. Generally we perform once or twice per month at open mic nights and campus events. It was put together last year by Cody Messersmith, and I’ve been doing it since its inception. Scheduling isn’t too bad. We generally have two to three rehearsals a week. Some of the nights get fairly long, but that’s to be expected with any musical group.