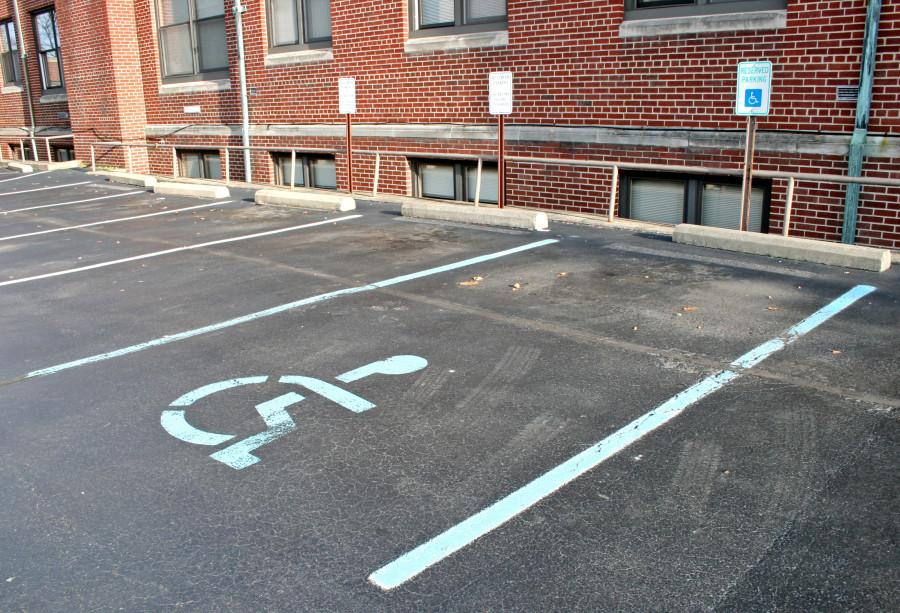 The Department of Campus Safety announced a new parking protocol on Friday, Nov. 4, stating that all handicapped individuals must have a university issued handicap sticker placed on their vehicle in addition to their regular placard or license plate. The regulation went into effect the same day.

Mike Finegan, director of Campus Safety, said the new policy would help to ensure that handicapped spaces were actually going to those in need of the spaces.

“We were having a perceived problem [and], a legitimate issue, of people in parking spaces with placards that were not theirs,” said Finegan.

According to the Pennsylvania Department of Transportation, disability parking placards are issued to disabled persons for exclusive use in a vehicle operated by or for the benefit of those persons and “may only be used when those persons are actually being transported in the vehicle.”

Pennsylvania law also states that any disabled person utilizing a disability parking placard must also carry an ID card as proof of his or her handicap. According to Joesph Garvey, vice president for business affairs and treasurer, officers have caught several people abusing the system when asking for these ID cards as proof of handicap.

The new handicapped parking policy was developed after both Finegan and Garvey received numerous complaints from handicapped employees, students and also the parents of handicapped students who were unable to find parking in handicapped spaces.

Kevin Kuna, assistant director of student support services as well as a quadriplegic for the past 15 years, said the new policy is long overdue. He believes that the new procedure will “make everything more cohesive on campus.”

The speed with which this new policy went into effect left some questioning the new procedures. According to Garvey, campus safety put the policy into effect the same day it was approved in order to ensure that campus members would not procrastinate in complying with the new policy.

Another challenge created by this new policy is the fact that the Office of Campus Safety, where handicapped individuals must go to obtain this new sticker, is not itself handicap accessible. One week after the policy went into effect, Finegan announced in a campus-wide email that campus safety would set up at the desk near the Latour Room in Nazareth Hall so as to be more accessible to those wishing to register for a permit. Garvey said that plans are in discussion about relocating the Office of Campus Safety to make it more accessible to everyone.

In order to ensure compliance with the new procedure, Campus Safety will now conduct random checks of vehicles in handicap spots. Individuals parking illegally will receive a $25 fine. Finegan also stressed that the policy will be enforced not only through ticketing, but also towing.

“Marywood respects all individuals. It’s part of our mission. In turn, we would hope that all of the Marywood community respects the rights of others. That’s why this policy was put into effect,” said Garvey.

Those who need to register for the new permits may do so in Nazareth Hall at the Latour Room desk Mondays, Wednesdays and Fridays from from 9 -10 a.m. and 1 – 2 p.m.