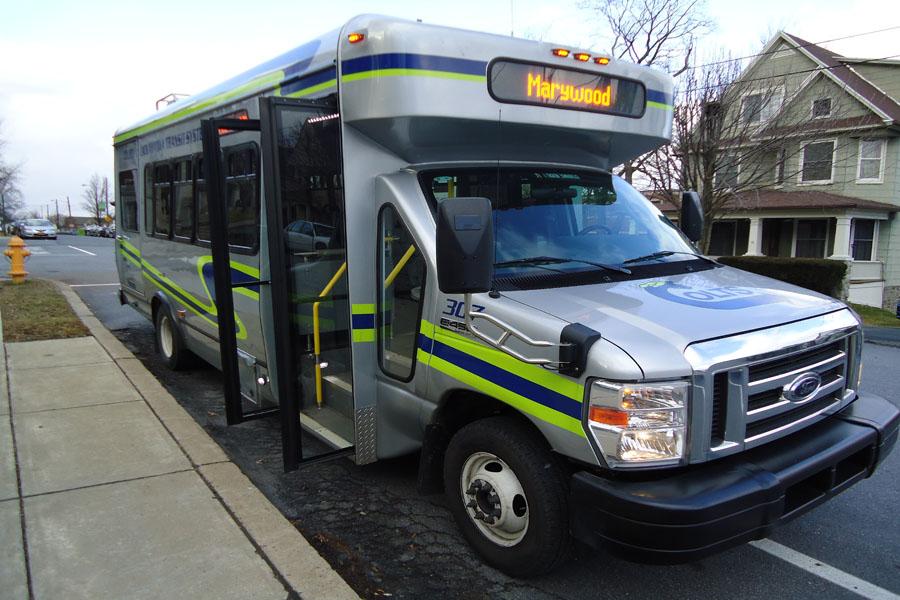 Marywood students already using the COLTS Marywood/University of Scranton route are now able to ride any bus within the system for free, but the WeCar Program may be nearing the end while still in its infancy on campus.

WeCar, a division of Enterprise Car Rental, provides students with a convenient transportation option by allowing them to rent a vehicle with rates dependent on the duration of their usage. Marywood pays a minimum of $2,000 per month for the program. This amount decreases according to how many times a vehicle is used in that month.

Since bringing the program to campus last January, however, only about five students have taken advantage of it. Joseph Garvey, vice president for business affairs and treasurer, said, “WeCar has not been a successful venture at this point… and it is very possible it will be phased out.”

Originally, there were two cars available for use, a black 2011 Kia Soul and a white 2011 Toyota Prius. Now, the Prius is the only one in use. Carl Oliveri, director of student activities and leadership development, said that the Kia Soul was removed because “there wasn’t high demand for it.”

One possibility as to why WeCar hasn’t been as successful as desired are the initial start-up charges, which include a $20 online application fee and an annual $50 membership charge, along with the costs of vehicle usage and additional miles after the first free 200.

“I needed a car to go to field [experience] but I didn’t have a lot of money…in the end I thought the WeCar was too expensive,” said Linda Kintz, a senior art education major.

Another reason could be a perceived lack of exposure to the campus community. Kintz noted, “We only have that one car, [and] with no one ever using it, no one knows about it. It needs better advertising, maybe a poster or something.”

At the same time WeCar is experiencing challenges, another transportation option made available to students since the spring of 2011 just became even more convenient. Last February, the County of Lackawanna Transportation System created the Marywood/UofS route as a replacement for the former SmartRide program. Both schools were also added to the Evening City Circle North Route.

Garvey said that due to their success, COLTS, in collaboration with both schools, agreed to expand the service to the entire system consisting of twenty six routes. All students, faculty, and staff can now ride any public bus for free by showing their college ID. Normal rates consist of $1.25 per ride and twenty-five cents for a transfer to another route.

In the previous agreement, Marywood paid a monthly fee according to the number of times individuals rode the shuttles. Now the university pays an annual flat rate of $33,000 regardless of ridership.

In March, COLTS will announce a revamping of its current routes. Robert Fiume, Colts executive director said that “[they] absolutely will take into account the fact that students want to get off campus to shop, work, eat, and go out.” For instance, the evening shuttle already goes to the Viewmont Mall and surrounding places such as Wal-Mart and Target.

Students may access the Marywood/University of Scranton and Evening City Circle North schedules on the university website. All COLTS schedules can be found on the company website. For more information visit www.coltsbus.com/colleges.