SOPA stopped for now; PIPA still up for debate 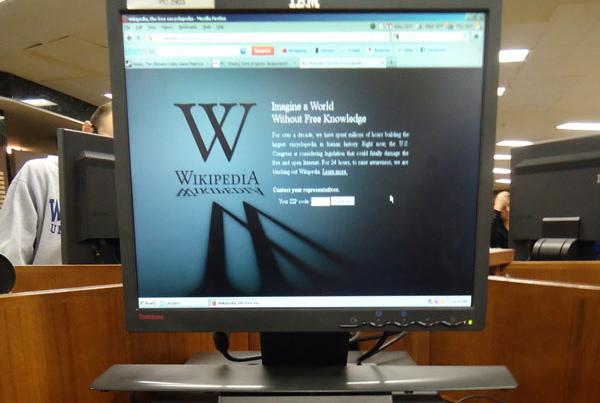 The controversial Stop Online Piracy Act, proposed by the House of Representatives to inhibit copyright infringement by preventing users from accessing websites that illegally post copyrighted material, has been put on hold after backlash from major internet companies and the White House.

The Senate’s virtually identical version of the bill, the Protect Internet Protection Act, or PIPA, is still up for debate.

While the legislature has good intentions, many Internet networking experts and even some politicians are worried implementations like SOPA would do more harm than good.

The concern is based around the way these bills would combat online piracy. It would give entertainment corporations the right to file complaints against websites that post their material without permission to the U.S. Department of Justice. The Justice Department would then go to Internet service providers who would prevent users from accessing that website.

The bill would also allow the government to stop advertising companies from giving money to those infringing sites. This divides all websites as those that post copyrighted material without permission and those that do not.

However, certain social networking sites, such as Facebook and YouTube, are in more of a grey area. If a YouTube user creates a video that happens to feature copyrighted material, then the entire website is put in jeopardy of being shut down, even if the user did not intend to commit copyright infringement.

While the standards for judging websites under SOPA and PIPA are particularly strict, the bills also could have even more disruptive, unintended consequences. Marywood University Chief Information Officer, Anthony Spinillo, explained that the way computer networks are intertwined, if one network posts copyrighted material, the wording of SOPA makes it possible that connected networks could also be shut down.

“It’s a misguided attempt to protect intellectual property, and the way the bill was constructed, it’s not fixable,” said Spinillo.

The Internet-based companies Facebook, Twitter, and Google, along with dozens more, are openly opposed to SOPA and PIPA. On January 18, Wikipedia shut itself down for 24 hours in protest of SOPA.

According to the non-profit web journalism site, propublica.org, there are currently 80 members of Congress who support the controversial bills and 30 who oppose them. On January 14, members of the Obama administration posted on the official White House blog that it would not support SOPA as it is currently worded.

The post, titled “Combating Online Piracy While Protecting an Open and Innovative Internet,” was written by three White House officials: Victoria Espinel, the Intellectual Property Enforcement Coordinator at Office of Management and Budget, Aneesh Chopra, the U.S. Chief Technology Officer and Assistant to the President and Associate Director for Technology at the Office of Science and Technology Policy, and Howard Schmidt, Special Assistant to the President and Cybersecurity Coordinator for National Security Staff.

The three officials stated in the post, “While we believe that online piracy by foreign websites is a serious problem that requires a serious legislative response, we will not support legislation that reduces freedom of expression, increases cybersecurity risk, or undermines the dynamic, innovative global Internet.”

With increased protesting against bills like SOPA and PIPA, only time will tell if these legislatures will be put into effect, and what consequences they could have on a society very connected to the web.