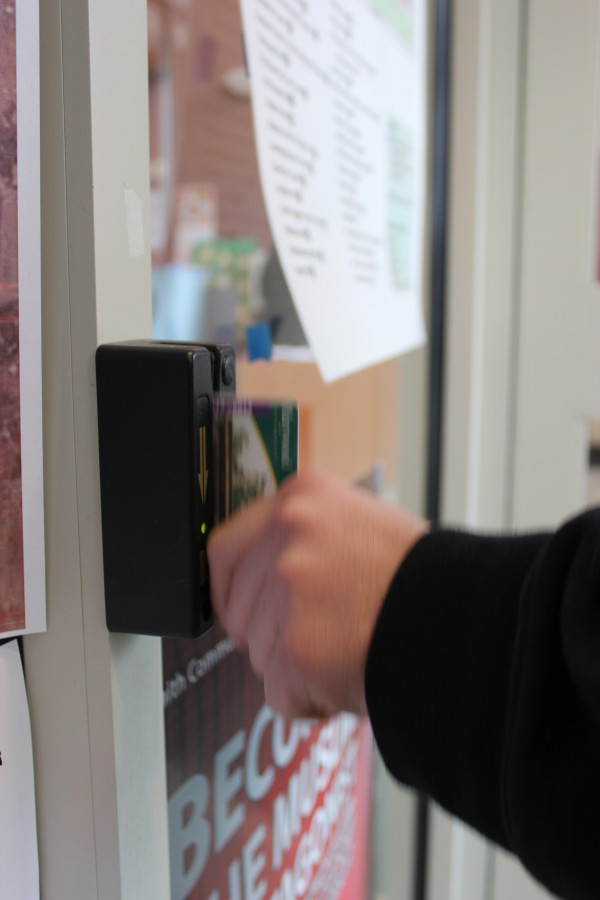 Residents of Immaculata Hall now have an extra step to get to their rooms at night and on the weekends.

Effective Tuesday, Feb. 12, they are now required to use new ID cards to access their living space as a way to better secure the administrative offices located on the first floor of Immaculata and in the Liberal Arts Center.

The Office of Housing and Residence Life  approved the new system at the end of last semester, after instances of vandalism occurred near the offices of Institutional Research and Planning and the President of the University. Office signs were ripped from walls, and items in the reception area were moved. Also, during International Week, flags were stolen from the Rotunda in the Liberal Arts Center.

According to the email sent to residents by Ross Novak, director of housing and residence life, the new system calls for students to swipe their ID cards in order to access the breezeway area located between Immaculata Hall and the Liberal Arts Center as well as the Immaculata back entrance door between the hours of 9:30 p.m. and 7 a.m. Monday through Saturday, and from 9:30 p.m. Saturday night until 7 a.m. Monday morning.

The numerous other burglaries that occurred on campus at the beginning of the year also contributed to the approval of this new policy, said Mike Finegan, chief of campus safety. However, campus safety cannot confirm whether the individuals responsible for the vandalisms and burglaries reside in Immaculata.

“At this point, I think it would be speculation [to say residents in Immaculata are responsible]. But we’re just trying to ensure that if it was someone who lives in Immaculata, that they wouldn’t be able to get down on that floor again, and certainly no other student would have access,” stated Finegan.

He also said that the double doors leading to the administrative area will be locked at the end of the working day and that the university is seeking to reprogram the elevator so that students will be unable to gain access to the area after hours.

With these added precautions, university officials are hoping to curb future incidents. “An extra layer of protection to ensure people who are in the building are residents or escorted by residents will eliminate potential issues,” stated Novak.