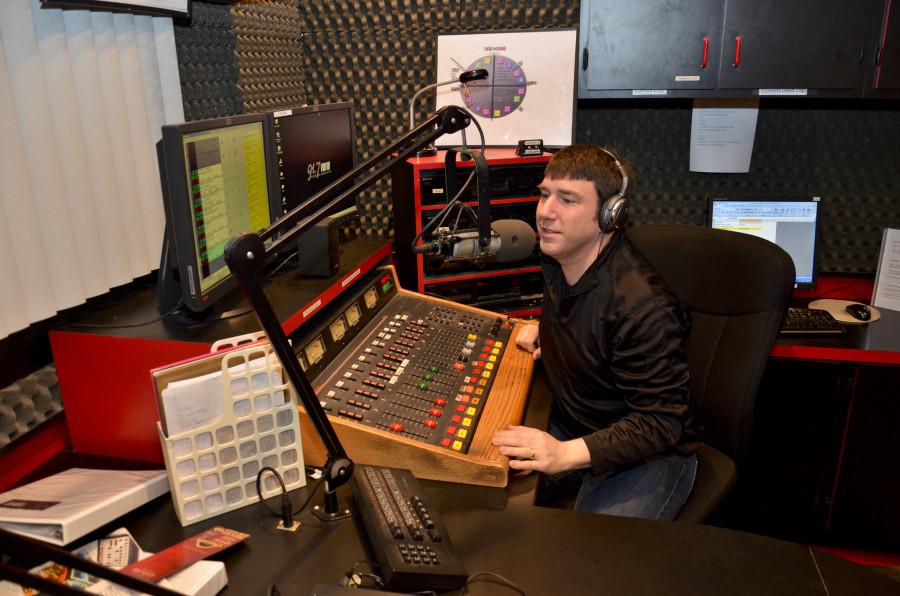 Among other things, VMFM 91.7 is unique because it is almost entirely student-run. Joseph Petro, station manager and junior broadcast journalism major, said that student dedication has played an important role in the success of the station.

“All the people that actually run the station and are actually on shifts, [are students]. The only person that ever oversees us is Ernie Mengoni [Coordinator Of Broadcast Operations]. For the most part, that’s probably the most pertinent thing that sets us apart,” Petro said.

Setting VMFM 91.7 apart from other local college radio stations is its dedication to structure and fresh alternative music. Music Director, Christian Paulmann, said that the station receives new music from indie promoters every day. It is his job to sift through the new music and get on air what he believes is soon to be up-and-coming in the music industry.

“We have to report on all the music given to us, tell [the listeners] what’s good, tell them what’s not good and kind of good, between all the stuff that comes in the mail. We have to sort through all of it and see what makes the final cut,” Paulmann said.

Many college radio stations allow student DJs to play whatever they’d like. At VMFM 91.7, however, students are required to play new alternative music. Once a song has been picked up by the larger radio stations, it is no longer played on VMFM, according to Mengoni.

“College radio is alternative music, that’s what we do. We don’t want to be top 40; we’re not here to be top 40. As our format suggests, we’re alternative,” said Mengoni.

For Marywood University, VMFM 91.7 is not just an alternative college radio station; it is also a recruiting tool for prospective students. VMFM 91.7 reaches out to older teens and attracts interest to the university by attending local record fairs and broadcasting at satellite events.

In addition to the fresh new music that comes through VMFM 91.7 every day, a rigid structure keeps the student-run station professional, said Mengoni.