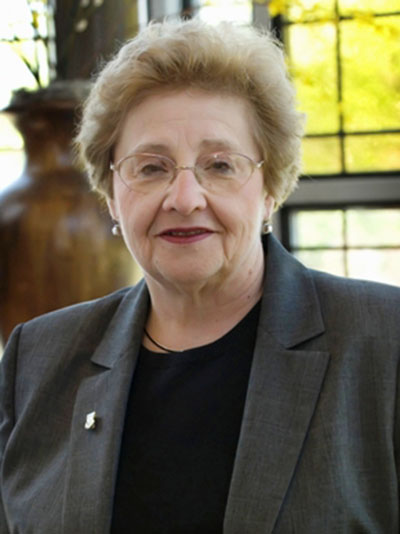 After 42 years at Marywood University, Dr. Mary Anne Fedrick, dean of the Reap College of Education and Human Development, is retiring.

In addition to spending her career at the university, Fedrick was thrice a Marywood student. She received a Bachelor of Arts in Latin Secondary Education, a Master of Science in Library Science, and a Master of Arts in Counseling. She later went on to pursue a doctorate in higher education at Penn State University.

Though Fedrick was a work-study student during her undergraduate years, she began her first professional employment at the university in June of 1971. When reflecting on her time at the university, Fedrick said she can look at her experiences from the perspectives of the many different roles she played. She has held various positions including: library faculty member, director of the Learning Resources Center, interim director of undergraduate admissions, assistant vice president of academic affairs and associate vice president of academic affairs for enrollment management.

Though Marywood has gone through tremendous changes since her start in 1971, she said what makes it great has remained largely unchanged.

“The essence of Marywood, the mission and the core values, through all those changes have not ever wavered or fluctuated. The place that I was in the 1960s as a student, and the place that I’m at now in the 2010s as an administrator, is at heart the same place with the same values,” said Fedrick.

As for her retirement, Fedrick said though she knows the time is right, leaving won’t be easy.

“There are mixed emotions and a little ambivalence about that, but it feels right,” said Fedrick.

Fedrick is looking forward to spending time with her 96-year-old mother and her immediate family. She would also like the time to travel more.

“My first plan is to sit and stare at the wall a little bit and then I could start reclaiming my house,” she said.

Fedrick’s administrative secretary, Rima Anescavage, said the past six years working with Fedrick have been the best years she has had while working at Marywood.

“All the deans look up to her. So do all the faculty, new and old. She’s very dear to me and I will miss her greatly,” she said.

The university is currently looking for an experienced individual to take over the position of dean of the Reap College of Education and Human Development.

Fedrick’s advice to the new dean?

“Take the time to understand, appreciate, and integrate the Marywood mission and core values and culture. Trust in the competence and skill of the people you work with so that you can help them, but they will also help you. Get involved with the other colleges and just enjoy the job,” she said.