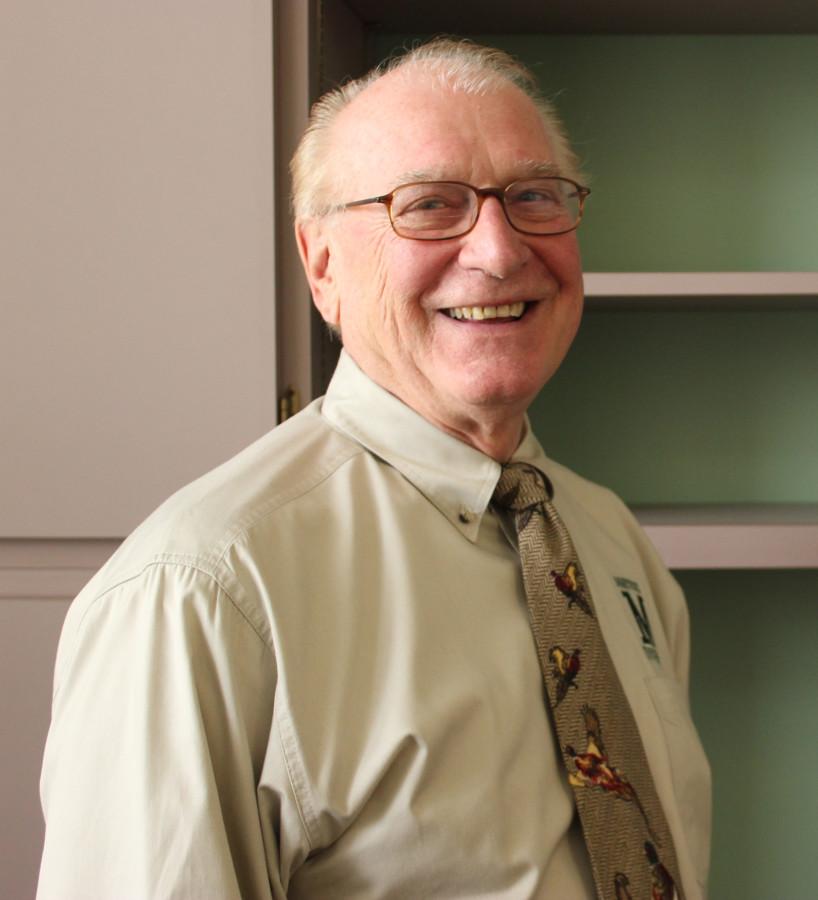 Vice President for University Advancement, Dr. Clayton Pheasant, is retiring after a 22 year stint spearheading the growth of the institution.

Pheasant grew up on a dairy farm in Blair County, Pa. He received a bachelor’s degree in sociology from Juniata College, where he later became the director of alumni relations and annual giving and the vice president of advancement. He earned a master’s of divinity and a doctorate in ministry from Bethany Theological Seminary, in Holbrook, Il. During his time at the seminary, he served as an outreach worker with the YMCA ministering to troubled youth.

Peter Kilcullen, assistant vice president of marketing and communications, has worked for Pheasant for more than ten years within the university advancement division. He said he believes that Pheasant has been a major force in transforming what was a relatively small college into the continually expanding university that it is today by making connections with individuals and inviting them to contribute and to become a part of the Marywood community.

“He has really tried to emphasize relationships with people who are looking to be philanthropic and who can identify with the mission and the education that we have here and can connect the two energies,” he stated.

Kilcullen also said that Pheasant was instrumental in the evolution of the office of marketing and communications, which now works with other areas of the university including admissions, orientation, and the various academic departments.

“He and I both saw the need to raise the profile of marketing beyond development, and I worked with his encouragement to develop that,” he said.

Patricia Munley-Cerda, executive secretary to the vice president of university advancement, began working for Pheasant three days after he started at Marywood. She reflected on his contributions to the university including the close to 30 new and updated buildings on or near campus.

“When I look at all these new buildings, he comes to my mind immediately because he was at the helm of the fundraising for all of [them],” she stated.

While Pheasant was a major contributing factor to Marywood’s evolution and expansion, he emphasized that it wasn’t just him; it was a collaborative effort.

“I’m pleased to have been a part of the growth and development of Marywood University. We have been fortunate to have the president, the vice presidents, and the trustees all working together. We’ve always had a good team,” he said.

As he moves into the next stage of his life, Pheasant sees his lasting impact at Marywood not just in the new facilities or the tremendous generosity of donors, but in the people who will carry the university into the future.

“I hope that my legacy would be the fact that I’m a team player and that we have put together an organization, that team in advancement that’s positioned to continue to help move Marywood forward,” he said.

Pheasant plans to live in Huntingdon County, to spend more time with his family, and to work part-time as a consultant for non-profit organizations.