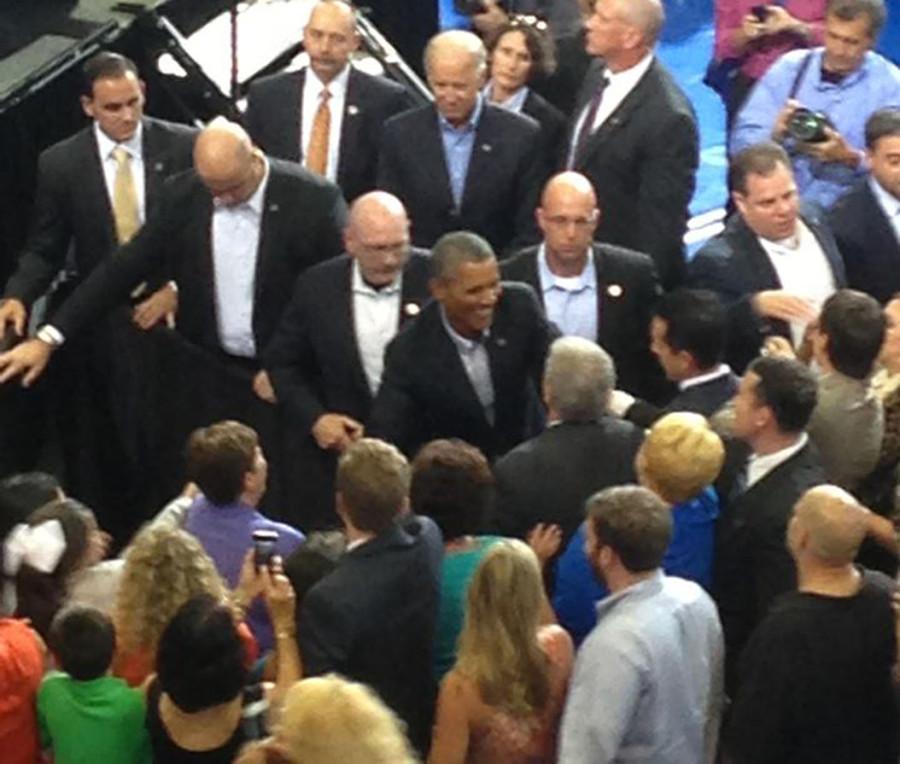 Scranton native Joe Biden was the first to speak in the center of the gymnasium. He emphasized that the American Dream and the college hopes of young citizens are still alive and possible. He then introduced the president to eager listeners, both standing and sitting, packing the facility to capacity.

President Obama began by talking directly to the students and the Lackawanna football team who were present in the audience. “One of the most important things we can do is make sure every child is getting a good education,” he said to a roaring crowd. “We’ve got to have a national strategy that grows the economy in a broad-based way so that everybody who works hard has a chance to succeed.”

He explained that although family income has only risen 16 percent in the past three decades, tuition rates have risen 250 percent.

“The soaring cost of higher education has become an increasing burden and barrier for too many young people. College has never been more necessary, but it’s never been more expensive,” added the president.

The president also outlined three main goals for improving higher education and the economy. The first goal is creating a better system for rating higher ed institutions–ratings that will help to measure the value of the education provided.

The second goal is encouraging innovation. This includes creating partnerships between high schools and colleges as well as emphasizing the mastery of skills rather than earning a certain amount of credits.

The third goal the president outlined was better debt management after graduation. According to Obama, the average graduate has roughly $26,000 in debt. He added that this burden could affect a young adult’s life after graduation, including decision-making about starting a family or buying a home.

Many students and teachers alike were in favor of the prospected lower costs.

“I am highly in favor,” said Jane Maslousky, grant accountant at Lackawanna College. She explained that her son is already $26,000 in debt, and she is $50,000 in debt. “I may not be able to send my second son to school.”

Jayden Sims, a sophomore at Lackawanna College, said he thought Obama’s plan would be an advantage to students.

“[The president’s plan] helps me because I am the first in my family to go to school. It gives us a chance to succeed in life.”

President Obama wrapped up his speech by saying that he did not want debt to keep students from getting jobs or starting their lives.

“Higher education is not a luxury, it’s a necessity,” he said. “We can get this done.  We can get college more affordable.  We can have the best-trained workforce in the world if we keep on moving forward.”