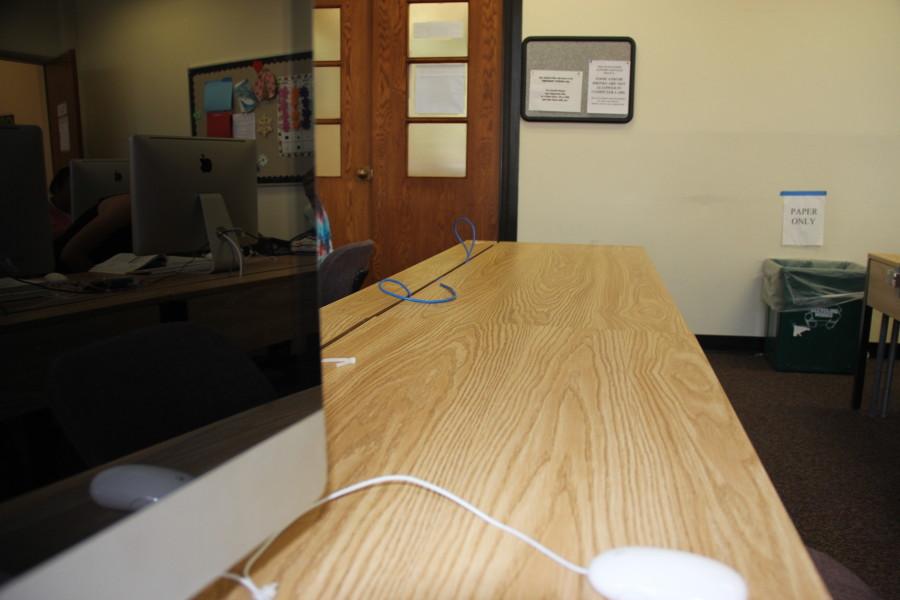 Three computers were stolen from the Sette LaVerghetta Center for the Performing Arts last weekend.

According to Sgt. Louis Pasqualicchio, the first Mac computer was reported missing on Friday morning, September 6, by Nancy Sienkiewich from housekeeping.

The computers in Room 102 are protected by a security cable that sounds an alarm when broken. The cables had been severed.

Two days later, on September 8, Pasqualicchio discovered two more computers were missing. “I was opening the building on Sunday for student use [when I noticed two more were gone],” he said.

Along with the three computers, the lost and found box was taken from the Performing Arts Center and the chair of the Music, Theatre, and Dance department, Sr. Joan McCusker, IHM, Ph.D, reported a tuba case missing at 4 p. m. Monday.

“When I came in on that Sunday morning, after security filed the report, I continued down the hallway and the next set of rooms, Room 104, those doors were opened and there was a tuba on the floor,” McCusker said.

On Monday, September 9, a student reported to McCusker that the tuba case had been stolen.

This is the latest in a string of burglaries that have taken place over the course of the past year. Last spring, the English Department, International Affairs, Diversity, Career Services, and the offices of John Porter, director of operations, and Dr. Lindsey Wotanis, assistant professor of communication arts, were burglarized and items were stolen.

“We’re looking at how to prevent, or try to prevent, such occurrences from taking place in the future,” Mirabito said.

One of those changes includes locking the rear door of the Sette LaVerghetta Center 24 hours a day, effective immediately. The door will still function as an emergency exit, but to gain entrance, all visitors must use the front door. Mirabito added that security will also look to install a card swipe system on either or both the front door of the Settle LaVerghetta Center as well as on the entrance to the Mac lab.