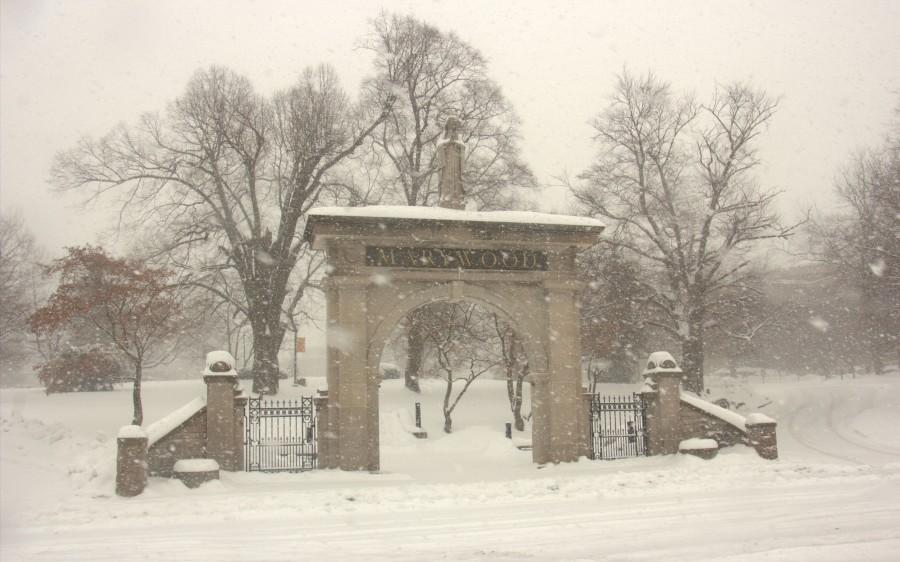 Many in the northeastern Pennsylvania region have been affected by the snow storm that began in the early hours of Feb. 13.

In preparation of the storm, Marywood University closed all offices and cancelled all classes. Text and email alerts were released shortly after 8 p.m. on Feb. 12, with many expecting the storm to drop as much as 10 inches of snow.

WNEP reports around 8 to 10 inches fell throughout the day and believe heavy snowfall may continue, possibly receiving around 2 to 5 inches overnight.

With a winter storm warning still active until 10 a.m. Friday, many have decided to stay in-doors until the snow passes. However, a brave few have instead endured the weather, deciding to take advantage of the heavy snowfall. Resident students spent the day building snowmen.

At approximately 6:50 p.m. today, Marywood announced that the university will operation on a compressed schedule tomorrow, Friday, Feb. 14.