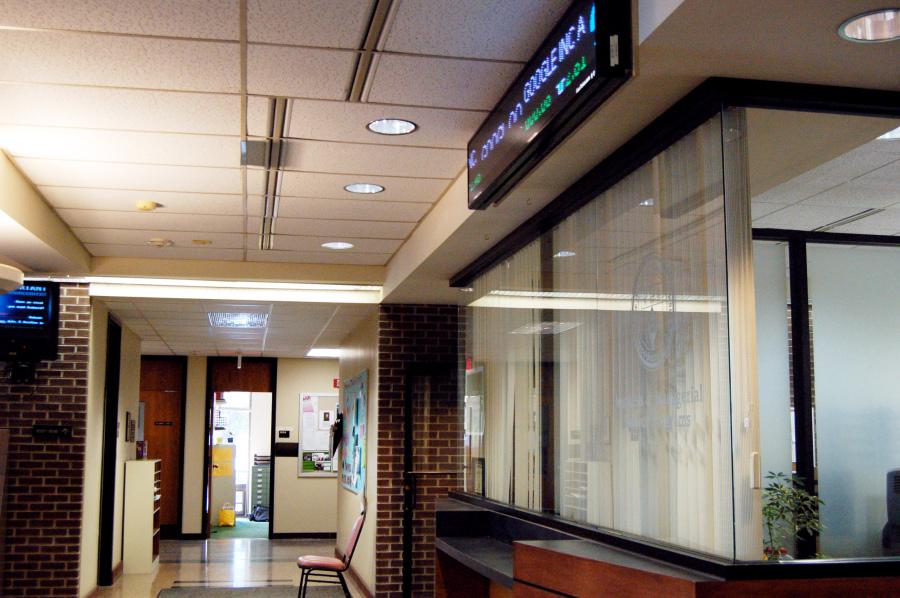 The School of Business and Global Innovation officially launched this fall after gaining final approval from the Board of Trustees in April.

“So far, it has been great,” said Dr. Arthur Comstock, executive director of the School of Business and Global Innovation. “Over the last couple of years, we’ve established a strong network of opportunities for our students so we are building on that.”

Transitioning from business department to a school was something the department had been working on for a few years.

“It’s something we’ve always wanted to do for a number of reasons,” said Comstock.

Throughout our region, most universities have an established school of business, so the transition from department to school has allowed Marywood to be on an even playing field with other local universities.

“It gives us a much higher degree of respect that we wouldn’t get being buried as a department in another college,” said Chris Speicher, director of entrepreneurship.

“When our kids graduate, coming from a school of business carries a lot more weight than a department, and it looks better on their resume. It’s going to be much more beneficial for students when it comes to the ultimate outcome, which is finding jobs,” said Comstock.

BestColleges.com listed Marywood as one of the 25 best online Masters in Finance. Marywood ranked 16th on the list.

“Things like that would get lost if we were apart of another college,” said Speicher.

“We are trying to put together a better package for them when they graduate. So we are requiring additional things above and beyond regular classroom stuff,” said Comstock.

All incoming freshmen must complete 400 hours of industry experience, 40 hours of service to the School of Business and Global Innovation, 40 hours of approved community service for a charitable or nonprofit enterprise, and students must make four personal connections with advisory council members within their four years at Marywood.

At the graduate level a new program was introduced called the MBA 2.0, which is an online Master of Business Administration program.

The program was piloted two years ago with the military MBA program. The program was started for some of the Pennsylvania National Guard in Kuwait who wanted to take MBA classes with Marywood in their downtime.

The MBA 2.0 is a real-time virtual classroom, which currently consists of 23 graduate students.

The School of Business and Global Innovation also has an Entrepreneurship Speaker Series, held Wednesday evenings, at 5:30 p.m., in the McGowan Center, Room 1059.

The speaker series brings local entrepreneurs to Marywood’s campus and allows students to hear first-hand the failures and success stories of launching a business and how each speaker managed to make it.

Speicher has run the speaker series program for the past six years.

“It started small, but the great part about it is that every year we continue to improve on it,” said Speicher.

“Anyone who has an interest in starting their own business can benefit from this program and we invite everybody, it’s not just for business majors,” said Comstock.

“It’s pretty cool to see the transition our students go through from, ‘Hey I have an idea.’ to ‘Hey, I have an idea that can actually work and employ people and sustain me and do something good for the community,’” said Speicher.

To reserve a seat for the upcoming speaker session, contact Marie Griffin at (570) 348-6274 or [email protected]