Dean Hunt set to retire in the Spring of 2015 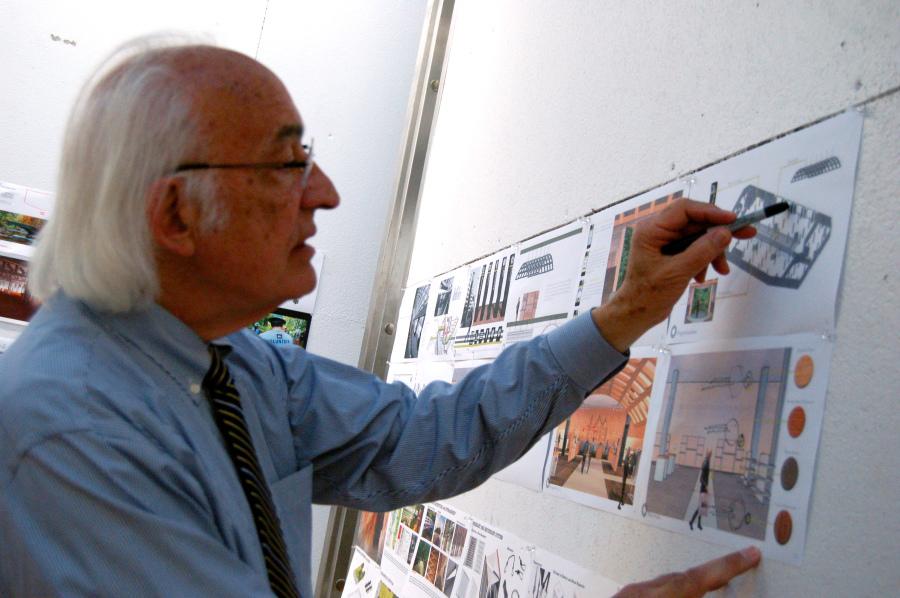 Dean Gregory Hunt, the founding dean of the School of Architecture, is set to retire at the end of the 2015 spring semester.

Marywood’s School of Architecture is the first one to be established in NEPA.

“Originally, I came on as a consultant to the then Academic VP.” said Dean Hunt  “I then got an invitation to become the founding Dean of Architecture here at Marywood. I accepted, and we began working on the design of this building, which being an architect was very important to me, and I was very enthusiastic about it.”

That was six years ago.

In the past six years, the School of Architecture and Dean Hunt have been able to make major strides.

Just last May the School of Architecture graduated its first 5th Year class.

“I always say those students took a leap of faith. They really believed in the new curriculum, the

new school and a whole new enterprise that was going to be made, and we made it with their help,” said Hunt.

In 2009, Dean Hunt was the recipient of the Virginia Society American Institute of Architects’ (AIA)

our school, so that’s the thing I probably feel best about,” said Hunt. “Which is why, at my age, I’m ready to retire.”

He then attended Colombia University in New York City for his master’s in Architecture.

When Dean Hunt officially retires in the spring, Dean Collier Parker of the Insalaco College of Creative and Performing Arts, will be the Senior Dean on Campus.

“The thing I love most about Marywood is that it is a very welcoming and embracing community, and I

think the enthusiasm for the arts here is really amazing,” said Parker.

“I’m really proud of this building and all the people that make it work,” concluded Hunt.