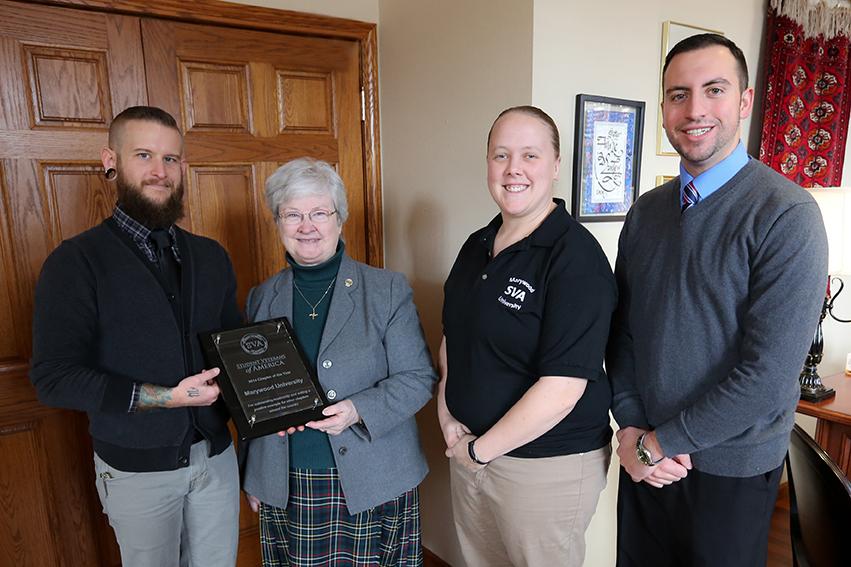 The chapter was up against 1,200 other Student Veteran Alliance Chapters for the award.

“To have a club that is so small and so new on a campus that isn’t well-known across the United States receive this award is just a really big deal,” said Lauren Williams, director of Military and Veteran Services and chapter adviser.

The conference, which took place Jan. 8 through Jan. 10 in San Antonio, was a gathering of student veterans from across the United States.

“The conference is meant to bring veterans together from all over the United States so they can network with one another and share information on what’s working for them and their chapters,” said Williams.

“To be able to have people come up to me while I was there and ask me every single night, ‘How do I make my club better?’ ‘How do I do this?’ How can we make this possible?’ and to be all to share with those people the things that have made our club successful was validating,” said Christopher Smith, senior nutrition and dietetics major and president of the Student Veterans Alliance.

Marywood’s SVA Chapter was formed in 2012 and is open to all Marywood students.