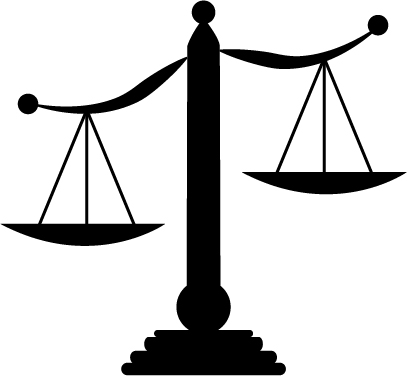 According to the lawsuit filed on Dec. 17, 2014, Fagal invited a speaker from the Foundation for Individual Rights in Education (FIRE) to give a presentation to his social science class in Nov. 2011.

With the approval of Marywood’s administration, Fagal advertised the speaker around campus using posters he had purchased. The lawsuit claims, however, that between Nov. 28, 2011 and Nov. 29, 2011, Marywood employees tore down Fagal’s posters.

In response, Fagal requested an apology from Marywood for the removal of his posters and compensation for the money he had spent on them.

Shortly after the posters were removed, Fagal sent a mass email to Marywood faculty criticizing Marywood’s administration. The email included links to two YouTube videos, which criticized Sr. Anne Munley, IHM, Ph.D., president of Marywood University, and other members of the administration.

According to the lawsuit, “the videos were created by replacing the English subtitles corresponding to several scenes from a well-known foreign movie. The subtitles expressed Professor Fagal’s own satirical message.”

On Jan. 23, 2012, Sr. Anne informed Fagal his employment was suspended immediately. This suspension, according to the lawsuit, was a breach of contract.

The lawsuit argues that Fagal’s suspension was handled in a way contrary to Marywood’s Progressive Discipline Policy.

On Jan. 24, 2012, Sr. Anne sent Fagal a letter that stated she was recommending his employment and tenure at Marywood be terminated immediately.

The Progressive Discipline Policy states that, in cases of employee suspension, “a series of gradual steps involving strategies such as personal conferences, oral and written warnings, and opportunities for monitored assistance” should take place.

At the time of Fagal’s suspension, according to the suit, Marywood’s progressive policy said in a section labeled “Suspension” that “The faculty member may be suspended by the Vice President for Academic Affairs at any time during the proceedings involving him or her. Suspension is justified if immediate harm to the faculty member or others is threatened by the coninuance of the faculty position.”

In his suit, Fagal claims that he did not receive a warning about his suspension. In addition, the action contends Sr. Anne, not the Vice President for Academic Affairs as per the policy, handed down the suspension and eventual termination.

The Progressive Discipline policy was revised on May 7, 2014, five months prior to the filing of the lawsuit. Its last revision prior to that is dated Oct. 12, 2011. Both revisions were “approved by the President of the University as recommended by the Policy Committee of the University,” according to Marywood’s website.

However, the policy now includes a clause titled “Exceptions to Progressive Discipline” that reads: “Progressive discipline, however, is not guaranteed in every instance. In certain rare and extreme cases, the President has the authority to initiate procedures for suspension or dismissal of a tenured faculty  member without that person first undergoing progressive discipline. However, the faculty member retains the right to keep working until the full procedures are completed as outlined below and in the Faculty Grievance Policy.”

“What we try to do is follow the AAUP [American Association of University Professors] guidelines,” said Levine. “We try very hard to follow this policy. It is in our handbook as well.”

In its 1940 Statement on Principles of Academic Freedom and Tenure, the AAUP outlines the proper procedures for termination of an employee when there is a conflict saying, “the accused teacher should be informed before the hearing in writing of the charges and should have the opportunity to be heard in his or her own defense by all bodies that pass judgment upon the case.”

“In my time [as VPAA], I don’t believe we have done anything but follow the AAUP guidelines and the guidelines that are in our faculty handbook,” added Levine.