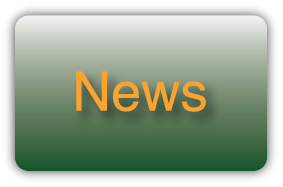 In the wake of Marywood University’s President Sr. Anne Munley’s announcement of her retirement, Ann Henry, Ph.D, chair of the Board of Trustees, spoke with The Wood Word about Sr. Anne’s tenure and the process of finding a new president.

Henry praised Sr. Anne’s term as president, calling her an “outstanding” president, especially the speed with which she accomplished some of her goals for Marywood.

“I think [her career is] incredibly impressive, especially given her tenure,” Henry said, explaining that it would take other university presidents longer to manage some of her accomplishments than Sr. Anne’s comparatively short nine year tenure.

According to Henry, the process of finding a new president will begin in “a few weeks.”

“We are fortunate that the Board of Trustees bylaws clearly lay out the process of finding a new president,” Henry said.

The process will begin after the creation of a search committee. This search committee will be a group of about 14 or 15, comprised of the President of the local chapter of I.H.M. sisters, Sr. Ellen Maroney, I.H.M., members of the Board of Trustees, along with other members of the Marywood community, such as faculty.

“We first look in the I.H.M. community for a viable candidate,” Henry said, “…and we take that individual through a process of interviews with the search committee.”

If the search committee does not find a viable candidate in the I.H.M. community, it will begin a search outside of it, potentially opening the university up to a non-I.H.M. president.

As for projects started under Sr. Anne’s presidency, such as the Strategic Resource Allocation project, Henry said that they will be seen to completion.

“Sr. Anne will be sharing specific outlines and goals, and managing them until she leaves,” Dr. Henry said. “If things need to carry over [to the next president], they’ll carry over.”

When asked about the possibility of additional changes in administration, Henry made it clear that it was not her place to predict.

“That’s a question for the next president,” Henry said.