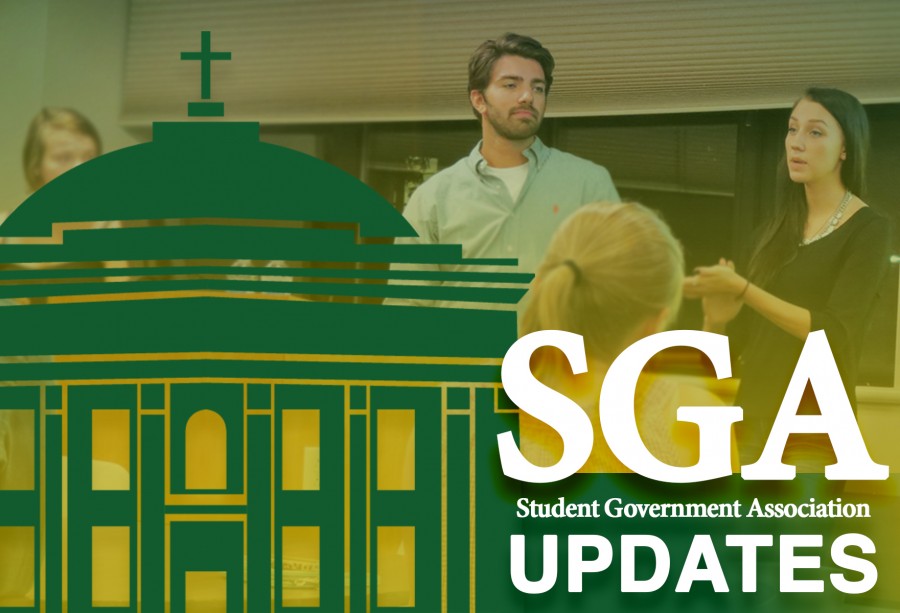 Marywood’s Student Government Association (SGA) held its first meeting of the semester on Jan. 19 at 9 p.m.

Melissa Kowalski, president of SGA, addressed SGA members about the lack of business at the Connections, an on-campus dining location in Nazareth Hall.

SGA members voted to show administration if there was an interest in changing the Connections into a convenience store for students. The convenience store will allow students to purchase frozen foods and other items. Chartwells will set the prices of these items.

Kowalski said the convenience store will be open during the same hours as Nazareth Hall and will work on an honor system, with no staff present in the store. The store will be closed to the public and students will only have access by using a Marywood ID card.

According to Kowalski, Chartwells will donate money to Marywood for the construction costs and remodeling of the convenience store.

During the meeting, Austin Colllingon, vice president of SGA, discussed making other changes to Nazareth Hall.

Members of SGA selected a new style of furniture to be placed in the Fireplace Lounge. Members voted to buy the furniture which will cost $7,997.

In addition to new furniture, Collingon said there is a possibility of making improvements to the game room in Nazareth Hall.

Jenna Edmonds, secretary of SGA, discussed the creation of a new free period in class schedules for all Marywood students. This free period will allow clubs and organizations to hold meetings at a time when all students should not have classes.

According to Edmonds, the two possibilities for these free periods are Wednesdays at 3 p.m. and Thursdays at 2:30 p.m. or Mondays and Wednesdays 3 p.m. to 4 p.m.

Other topics discussed at the meeting include:

The next SGA meeting will be held on Tuesday, Feb. 2 in room 331 in the Learning Commons at 9 p.m.  Follow @RLookerTWW for live updates of the next meeting.