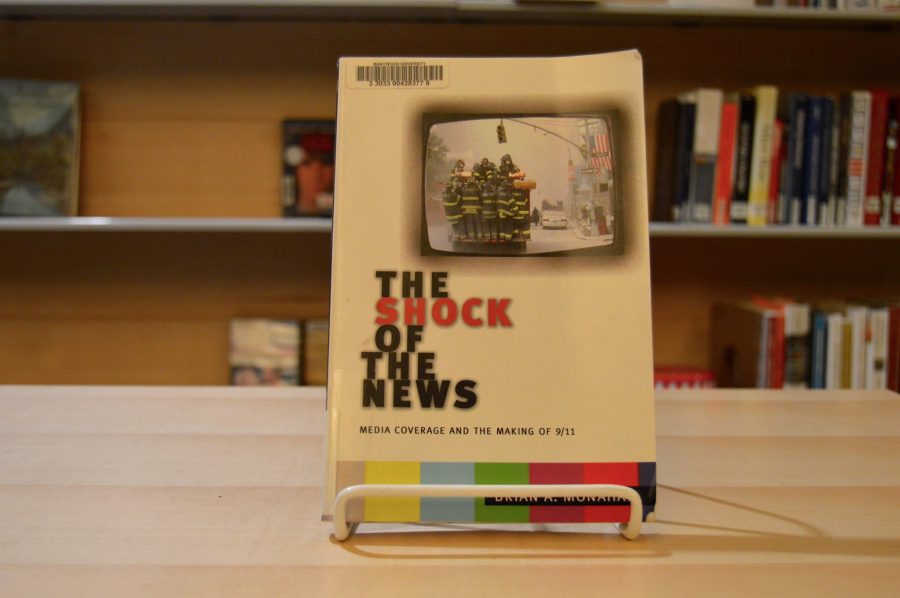 Dr. Brian Monahan, associate professor and director of Criminal Justice and Sociology, was recently interviewed by USA Today for his research on the media coverage of the Twin Towers attacks.

The USA Today article analyzed how a tragedy from 15 years ago still affects the American culture and history today.

The article featured Monahan’s research book “The Shock of the News: Media Coverage and the Making of 9/11,” which was published in 2010.

Monahan said the purpose of his book is to share what he studied about the media coverage of the Sept. 11 attacks.

“I was a graduate student when the attacks happened,” said Monahan. “Two days after the attacks, I noticed a gap in the news and the media.”

Monahan explains in his book that there was a media coverage gap between what he saw happening  in New York City compared to what the media was showing to the country through its coverage after the attacks.

As stated in Monahan’s book, the media coverage “transformed into a dramatic tale that more closely mirrored popular fiction than detailed journalistic inquiry.”

According to USA Today, Monahan said that Sept. 11 “still matters because the aftermath of the attacks touched almost every aspect of people’s lives.”

“You even see it Trump’s immigration plans and his campaign, where we see themes about crime and terrorism, and the dangerous outsiders,” Monahan was quoted as saying in the article. “Those themes draw a lot of force from the melodramatic narrative of 9/11.”

Monahan said that talking to a wider audience about research is an important thing for a college professor to do.