Overheated classrooms cause problems in the LAC

Students who have classes in the Liberal Arts Center (LAC) may have noticed uncomfortably hot classrooms during the beginning of the school year when summer temperatures often rose above 90 degrees.

Many classrooms in the building lack air conditioning, leaving fans and open windows as the only options for temperature control.

Adjunct English Professor Kevin McDonough said the high temperatures in the LAC classrooms prevent him from teaching in the way he likes.

“I’m a very animated teacher,” said McDonough. “I like to stand and move around the room, so anticipating that I am going to be very physical in the classroom, it even adds another layer to the whole thing.”

McDonough described how his classroom felt like a “boiler room.”

“I have in the past reached out to the administrative assistant of the English department and I have had my room changed based on that reason,” said McDonough.

According to McDonough, research shows that students who are in an excessively hot environment become easily distracted and easily tired.

Matthew Murphy, a junior English secondary education major, said the heat distracted him during McDonough’s class and made it hard to stay focused on a task for a few minutes.

“I was literally dripping sweat every second and I was more focused on that than paying attention to what our teacher was doing,” said Murphy. “It was very hard to focus.”

Murphy added he thinks it would have been good idea if some type of air system was installed in the first floor of the LAC over the summer.

“Cold environments actually keep people awake and … more attentive,” said McDonough. “I think that is something to be taken into consideration. If this is truly an environment of learning, we should do everything possible so we will not restrict that ability.”

According to Director of Building and Grounds Wendy Yankelitis, it would cost over $1 million to add air conditioning to the LAC because it is an old building.

The Buildings and Grounds Department requested air conditioning from Sr. Anne Munley, previous Marywood president, but she did not approve the request, according to Yankelitis.

Although air conditioning is not likely to be installed in the near future, the department is actively pursuing ways to upgrade other things on campus, such as lighting, to save energy and money in utility bills.

“We’re actively pursuing an energy-saving contract to save utilities to put those to operational needs,” said Yankelitis.

The energy-savings contract would have to be approved by Sr. Mary Persico, president of Marywood, IHM, Ed. D, and her cabinet, and then taken to the Board of Trustees, said Yankelitis.

“It is certainly something we can consider in the future,” said Yankelitis, but she added there are no immediate plans to add air conditioning. 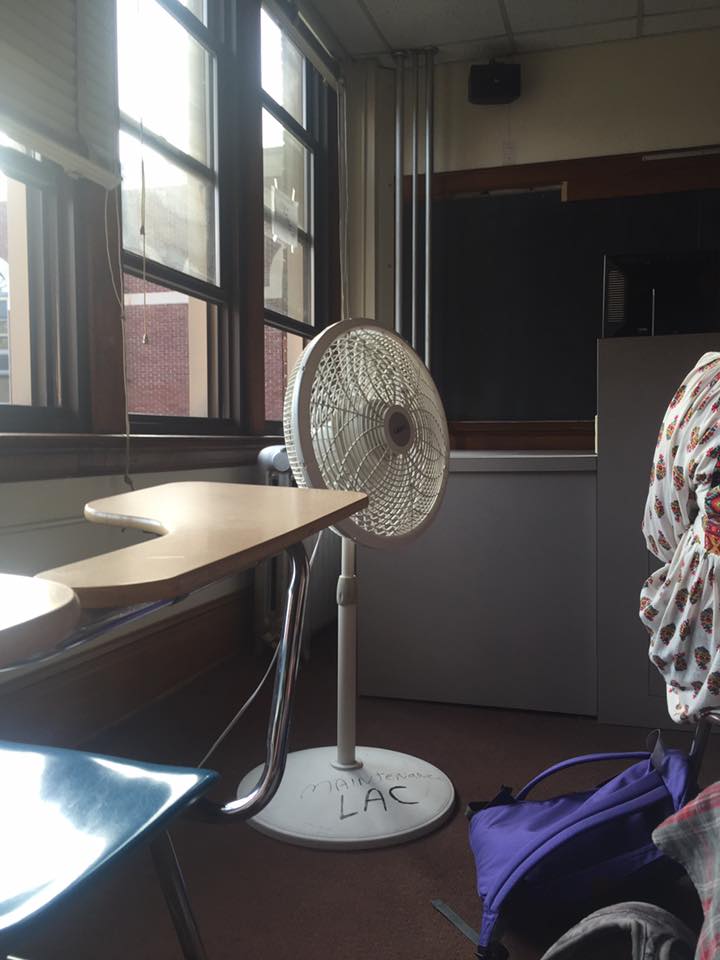