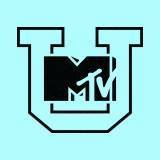 According to MTVU’s website, the channel reaches over nine million students at 700 campuses across the country.

The channel features shows such as “Campus Takeover” and “College Hacks” in addition to playing music videos.

According to Coordinator of Broadcast Operations Ernie Mengoni, MTVU had been previously aired on Channel 8 before the closing of the Learning Resource Center. Mengoni said a satellite dish providing access to the channel has been relocated from the old library to the Architectural Studies Center.

“It [MTVU] is specifically geared toward college students,” said Mengoni.

Years ago, MTVU approached Marywood and supplied all the initial equipment necessary to broadcast the MTVU channel from the Learning Resource Center. MTVU paid for a new dish, a receiver and the installation with the move to the Architectural Studies Center this year, said Mengoni.

“They sent someone to install it so we just had to wait for our physical plant people to install the conduit to run the cable from the roof to the basement [of the Architectural Studies Center],” said Mengoni.

Mengoni said Vincent Gatto, an AV system specialist at Marywood, was instrumental in the new setup.

MTVU can be viewed on Channel 8 on any televisions using Marywood cable.