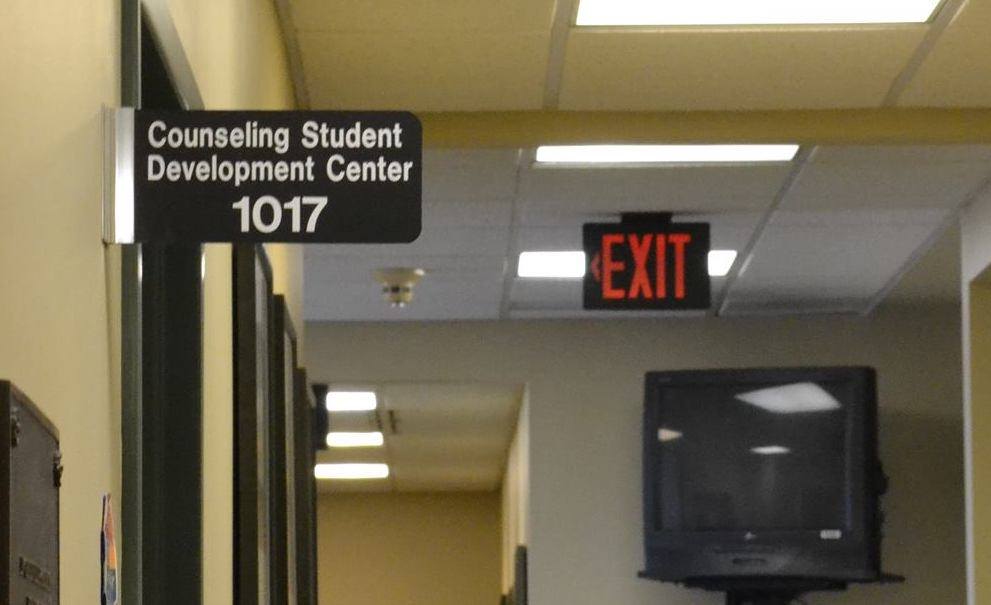 The Counseling and Student Development Center’s (CSDC) budget has not been cut, according to members from Marywood’s administration.

With the recent elimination of four seasonal employees from the CSDC, half of the attendees at the SGA meeting were students involved in the CSDC who wanted to express their concerns over the elimination of the employees.

McHale said during the meeting that the CSDC ran out of money because the hours from the seasonal employees exceeded the budget.

According to Turell, services will not be affected with the elimination of these seasonal employees and all supervision requirements for Marywood students will be met.

Persico emphasized that the budget for the CSDC was not cut and that the counseling center was asked to keep the current services within its allotted budget.

“All that’s being asked of the department is keep your services, keep your budget, figure it out,” said Persico. “Figure out how to provide these services because the budget was not cut.”

A counseling student asked about the Strategic Resource Allocation (SRA) report that was released last semester. The CSDC falls under Quintile 1, which is labeled as a “candidate for enhanced resourcing.”

Persico said after further studying the SRA report, the administration did not feel the recommendation to the counseling center was accurate.

According to Turell, this issue should not be the students’ or administration’s responsibility; it is the responsibility of the director of the CSDC.

Director of the CSDC Dr. Robert Shaw said he is aware that the CSDC has overrun its budget, but is not aware of any changes that have been made to the budget.

“That’s a decision from administration … that we were told we have to reduce that line of the budget,” said Shaw.

According to Shaw, he met with Turell, McHale and Vice President for Enrollment Services and Student Success Ann Boland-Chase to discuss the CSDC exceeding its budget.

According to Boland-Chase, administration notified the counseling center several months ago that the budget was “trending ahead.”

Boland-Chase said the university is trying to determine what the appropriate staffing level is for the CSDC throughout the year. She added that no decisions have been made yet on the number of people that need to be hired for the CSDC.

“We need to determine how many people we need beyond our three regular employees for next year and that’s based on demand,” said Boland-Chase.

She explained that the university is using a different budgeting process which was started this past year under Interim Vice President of Business Affairs William McGarry. The new budget is asking departments across Marywood to keep a “much closer eye” on the budgeted amount and the CSDC specifically was set to go over budget, according to Boland-Chase.

She said the counseling department was asked to come up with a plan to address the budget shortfall.

“I think it was done in collaboration with suggestions [between administration and the counseling department],” said Boland-Chase referring to the decision to eliminate the seasonal employees because that budget “was really the issue.”

Toward the end of the SGA meeting, Vice President of SGA Jenna Edmonds passed a paper around for students to sign if they were interested in attending another meeting with administration to discuss this issue.

After the meeting, Turell said her hope would be that the administration and counseling center “could work it out in a way that the students and trainees would have the least impact.”

McHale added that she hopes students can seek advice from Turell or herself.

“I feel badly that they feel so threatened by it,” said Turell. “There’s really very workable solutions.”

Persico said she is “impressed and moved” by the commitment CSDC students have to their clients.

Perisco, Turell and McHale said that they feel there has been a miscommunication.

“There were a lot of things we didn’t know, but it was a good start,” said Adetola.

Luppino said she was glad to bring awareness to administration that students were upset with the decision to cut the seasonal employees.

“I think we found out there was some misinformation and there were some things Sr. Mary and Dr. Turell maybe didn’t know was going on or know that people were being cut,” said Luppino.

Persico tweeted an hour after the meeting that she supports the CSDC.

Rachael Eyler contributed to this article.