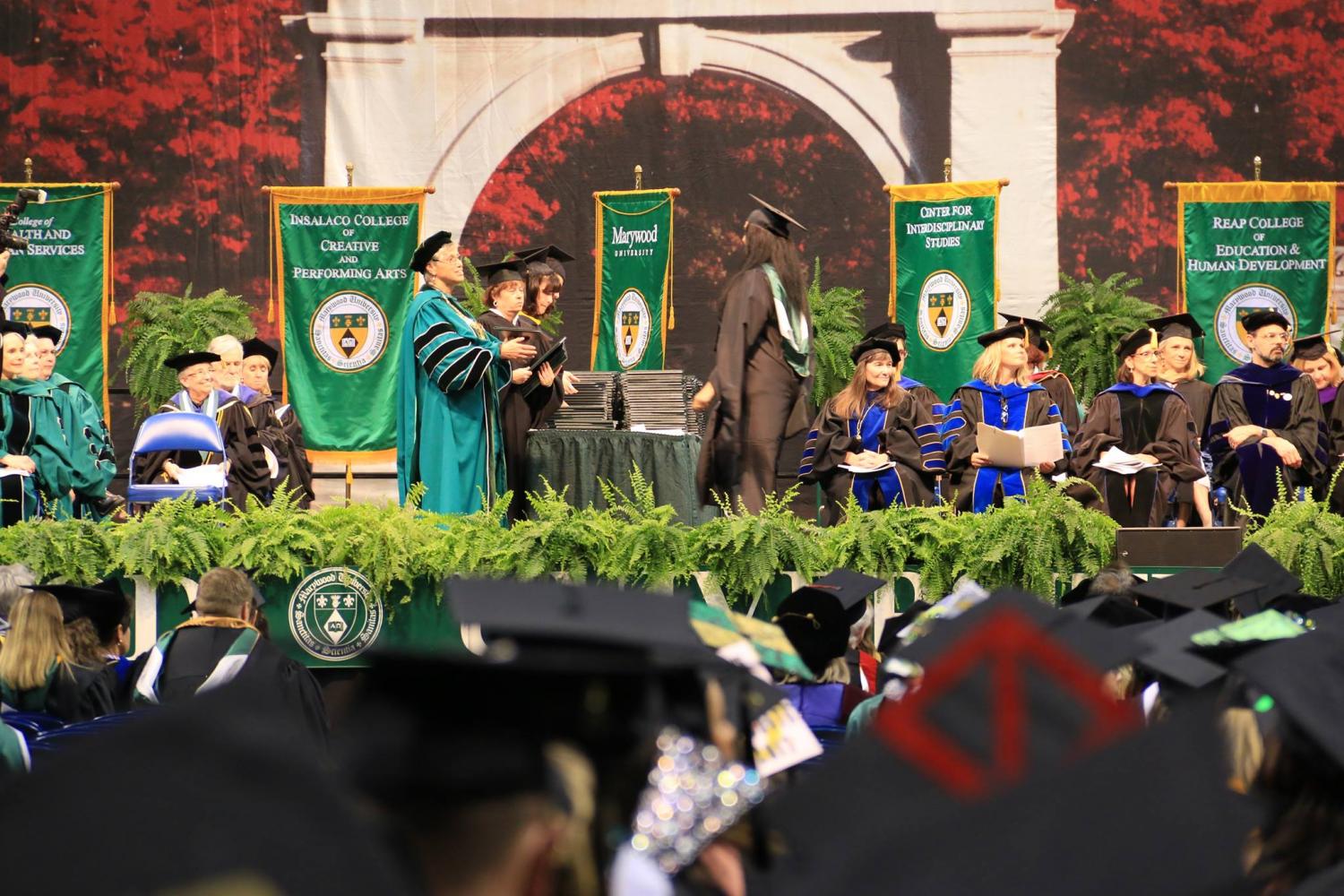 Students from around the world gathered in the Mohegan Sun Arena in Wilkes-Barre, Pa. for Marywood’s 99th graduation ceremony.

The 938 students in the class of 2017 come from 22 states and 13 countries spanning five continents.

Maroney encouraged students to make a difference in the world, and to “notice that goodness and beauty [and]…pass it on.”

Chair of the Board of Trustees Lisa Lori, Esq., spoke about the “solid foundation” that she received at Marywood and how she hopes the graduates “continue to think of Marywood as [their] home.”

Dougherty reflected on her career and her local roots in her commencement address, saying that her community was “focused on preparing [her] to live a good and full life.”

One theme Dougherty stressed in her speech was the importance of adapting to the modern workplace.

She told students that although the world is changing, it is important that they know who they are and what they enjoy.

Dougherty advised students to “figure out what makes [them] tick and then follow it.”

“We need you to do the things that our society needs,” she added.

In an interview with The Wood Word and TV-Marywood, Dougherty explained the rationale behind her advice.

“A lot of these jobs of the future, and the future is now, are going to be based on people understanding where we’re going and what people need and what society needs,” Dougherty said. “So I think that keeping your eye on the ball and doing what you enjoy is really, really important.”

In an interview following the ceremony, Persico explained why she talked about the core values in her remarks to students.

Persico, referring to the Book of Micah in the Bible during her speech, said, “Go, be the best in your profession. Be a leader among leaders, but live justly.”

Persico, reflecting on her first commencement ceremony as Marywood President, shared that although she was nervous at first, she felt pride “watching the faces of all the students who came up to get their diplomas.”

Rachael Eyler contributed to this article.