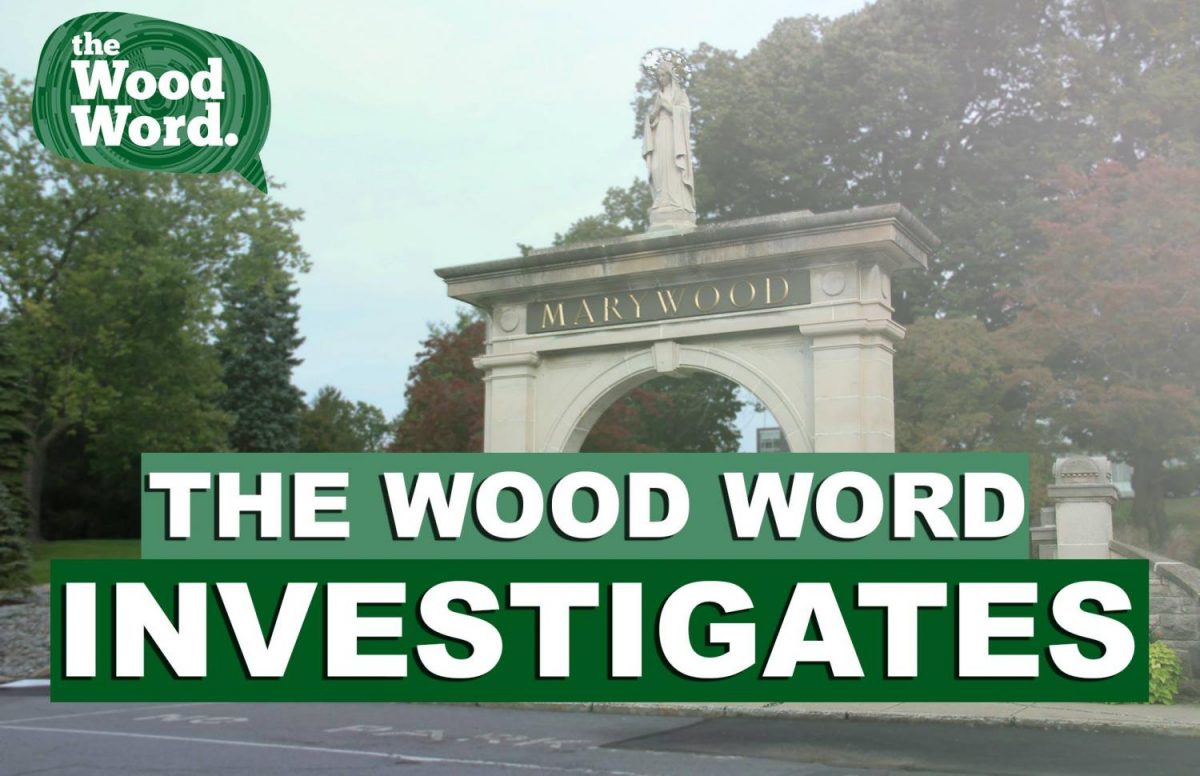 Public social media comments and an anonymous letter sent to The Wood Word have raised questions regarding the resignations of two administrators and one director last summer.

The Chief Information Officer (CIO), the Associate Vice President for Marketing and Communications and the Director of Alumni Engagement all abruptly resigned their posts last June.

Marywood President Sr. Mary Persico, IHM, Ed.D shared the news in an email on June 22 that Kilcullen and Spinillo resigned from their positions.

“They both resigned from Marywood. I think they’re going to pursue some other endeavors… It’s personal business really. I guess I could just leave it at that,” said Persico in an interview with The Wood Word last summer.

When reached by phone last week, Spinillo declined to comment on the circumstances of his departure. Attempts to reach Kilcullen were unsuccessful.

The June 22 email did not mention Williams’ resignation. Williams confirmed the date of her resignation, but declined further comment.

The Wood Word initially reported on the resignations on July 13. Since then, several people, including two Marywood employees, have raised concerns about the veracity of administration’s statements regarding the resignations.

Readers commented on The Wood Word story on both Facebook and Twitter. Several suggested the three employees had not resigned, but had been forced out. 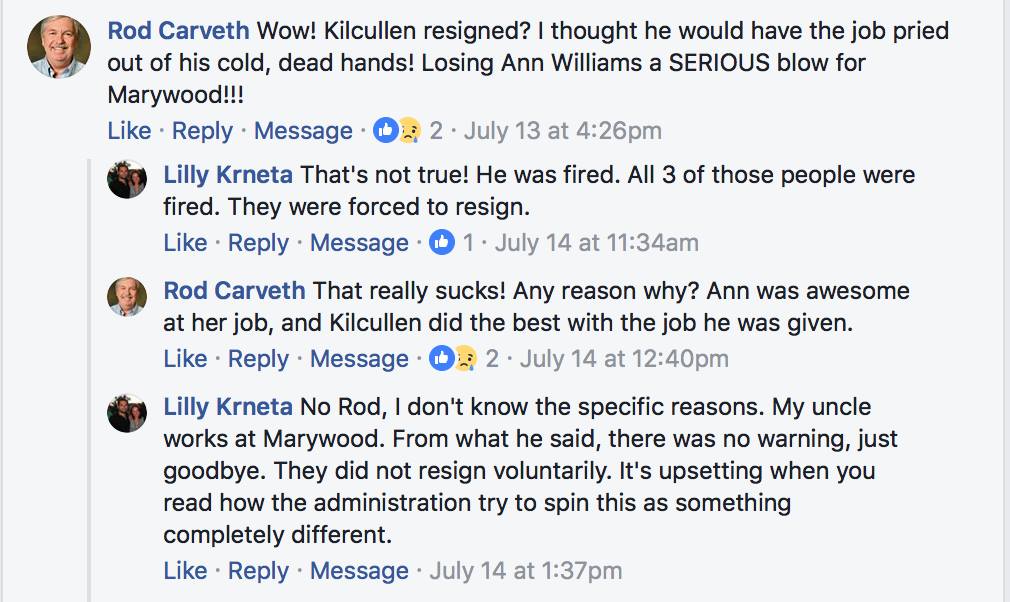 The Wood Word also received an anonymous letter, sent through the U.S. postal system on July 6 and delivered in a Marywood University mailing envelope, that suggested Spinillo was fired and did not willingly resign from his position. As of the time of this article’s publication, the sender of the letter has not been identified.

The Wood Word attempted to reach out to multiple IT employees after receiving the anonymous letter, but was continuously referred to Vice President of Business Affairs Tammy McHale.

Two Marywood employees, speaking on the condition of anonymity for fear that speaking out could jeopardize their employment, said Spinillo was fired and did not resign.

An employee in the IT department said no other employees within the department were expecting Spinillo to resign.

“There was no chance to talk to him to ask any of the questions or do any of the sort of things we needed to do,” the source said.

The source also said many people in the Marywood community do not know the reason for Spinillo’s departure, and that McHale would not answer questions about it.

According to the same source, Spinillo accepted a severance package upon his departure from Marywood.

Another Marywood employee with knowledge of the situation said they did not expect Spinillo to leave and do not understand why it happened.

This second source also did not want to be named because they felt the administration is “looking for reasons to get rid of people.”

In an interview last week, McHale maintained that Spinillo resigned from his position and was not fired. She would not discuss all the details, citing personnel matters.

“I think it was a mutual decision as far as that goes,” said McHale. “It was time for [Spinillo] to move on and, you know, he felt like he could do other things, I think. So jointly, we sort of decided this was the best thing.”

McHale said she worked closely with Spinillo since she stepped into the position of Vice President of Business Affairs at Marywood in December 2016.

According to McHale, both she and Spinillo decided it was the best thing for Marywood and the IT department to make a change.

When asked about the comments left on The Wood Word’s Facebook and Twitter posts suggesting the three individuals were fired from their positions last summer, McHale said the comments were “not true.”

This email was sent to IT employees after attempts made by The Wood Word to contact Brenzel and Porter over the summer. When asked again last week about the circumstances surrounding Spinillo’s departure, both Brenzel and Porter said they did not know the details of Spinillo’s resignation and referred reporters to McHale.

According to McHale, no one should speak to the press about personnel matters.

“Nobody has been forbidden to talk but they’re not going to know anything per say to be able to give you any details,” she said.

McHale added that employees should not fear their job security and referred to a speech made by Persico at the beginning of this semester. McHale said in that speech Persico stressed that if an employee doesn’t do anything illegal, doesn’t do anything to jeopardize the Marywood community and does their job, they will not be let go.

According to the employee in Marywood’s IT department, Spinillo’s departure left the department “in a huge hole” because Spinillo “built the network with his own bare hands.” This source also said morale in the department “was pretty bad” after Spinillo left.

“We’ve had a long sequence now of them getting rid of people here and there quietly and not replacing them, and [there’s been] no concern or consideration for who has to pick up the pieces. I suppose we’re all happy to have jobs still, but we’re also afraid of who they’re going to hire,” the source said.

“I do think we’re heading in the right direction, and I’m really excited for the IT organization. I think they’re really excited about having somebody new coming in with some new ideas,” she said. 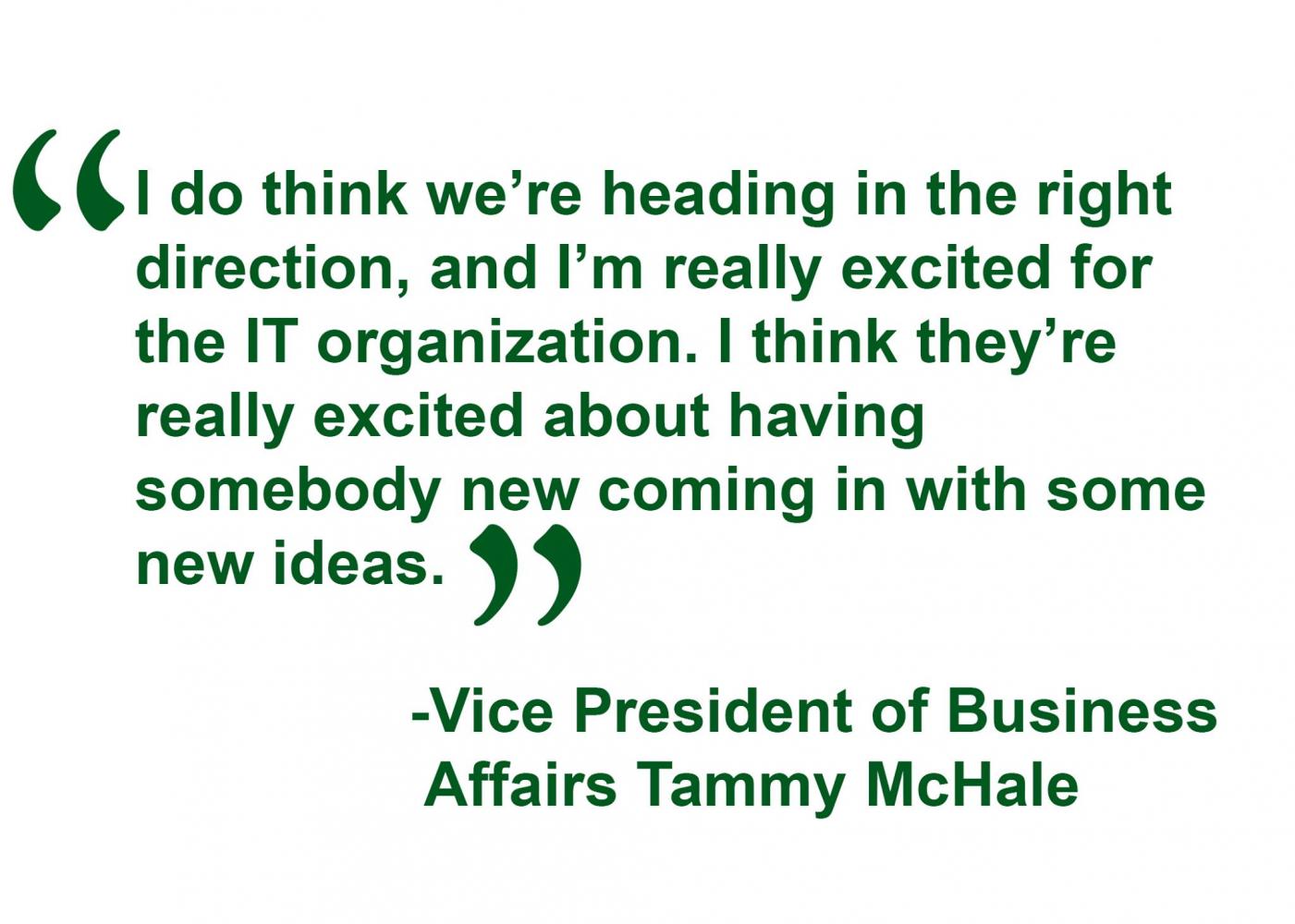 The university is currently searching to fill the position of Director of IT, as well as the positions for Directors of Marketing and Communications and Alumni Engagement.

According to McHale, the title changes were a result of the Strategic Resource Allocation (SRA) process, which began in the fall of 2015 to analyze the amount of financial resources Marywood allocates to programs.

The SRA process identified Marywood as “a little middle management heavy,” according to McHale. She said the Director of IT position will still consist of the same responsibilities and have a comparable salary to the former Chief Information Officer position. Persico said the same of the Director of Marketing and Communications position.

In an interview with The Wood Word last summer, Persico said that the administration decided to change the title of both the IT and Marketing and Communications top positions after Spinillo and Kilcullen resigned.

“They resigned first and then we took that opportunity to change the position to a director position,” Persico said.

Search committees have been looking for candidates to fill the three vacant positions. McHale said no current employees from OIT and Marketing and Communications are serving on the search committees, but they will have a chance to participate in the process now that the committees narrowed down the list of candidates.

The Marywood community is invited to attend open forums to meet the candidates for both IT and Marketing and Communications next week.

Candidates for the Director of IT position will speak to the campus community at 3:15 p.m. on the following dates:

Candidates for the Director of Marketing and Communications position will speak to the campus community at 11 a.m. on the following dates:

The Marketing and Communication Director candidates will also make presentations at 2:15 p.m. on the following dates: