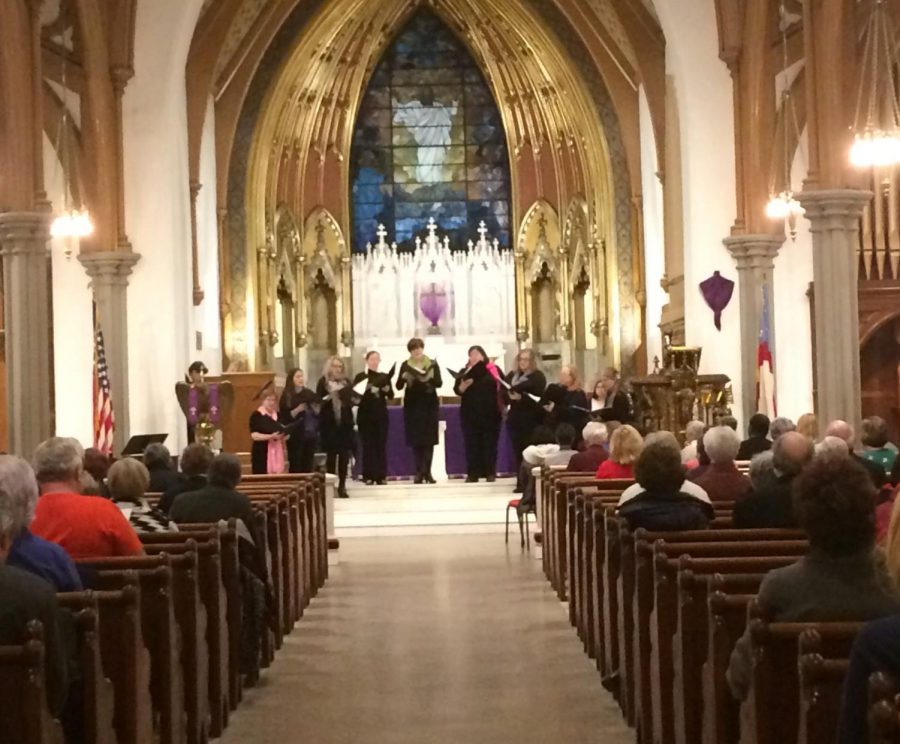 Ahead of the March for Our Lives events across the country, community members gathered at St. Luke’s Episcopal Church in Scranton to honor victims of gun violence.

The vigil began with a welcome from the Rev. Rebecca Barnes, organizer of the event. Barnes said she wanted to have the vigil as a way to bring attention to the victims of gun violence.

“When the March for Our Lives was announced, we knew that this was something we wanted to bring to Scranton,” said Barnes. “We also decided to do a vigil because we wanted to honor those whose lives had been lost because of gun violence.”

The vigil featured speeches from many students in local primary and secondary schools. Mia Arrington, a 12-year-old student from Old Forge Elementary School, spoke about people taking it upon themselves to change policy. Arrington said she hopes her speech inspired those in attendance.

The vigil was also a moment to bring together people of different faiths. Muhammad Olsby recited the first chapter of the Quran from the Islamic faith. Rabbi Daniel Swartz also read the Lamentations of Jeremiah from the Jewish faith.

Barnes said it was important that the vigil be interfaith.

“Although we have different beliefs, we have the same goal in mind that this senseless violence needs to stop,” said Barnes.

The vigil featured a reading of the names of the deadliest mass shootings in the United States and attendees lit candles in the victims’ honor.

The vigil ended with Southwick taking part in singing “Our Love Goes Out,” which was led by musician Jan Novotka. Southwick said she hopes the March for Our Lives movement will bring more action to gun control.

Gannon said she hopes this will be a movement and not a moment.

“People keep saying this is different from the past and we won’t forget. What happens is the next thing comes up and we ignore,” said Gannon. “With the help of God, this won’t be like that. We will do something about it.”

Stephanie O’Malley contributed to this article.