Faces of the March: Stoneman Douglas teacher, alumna and educator 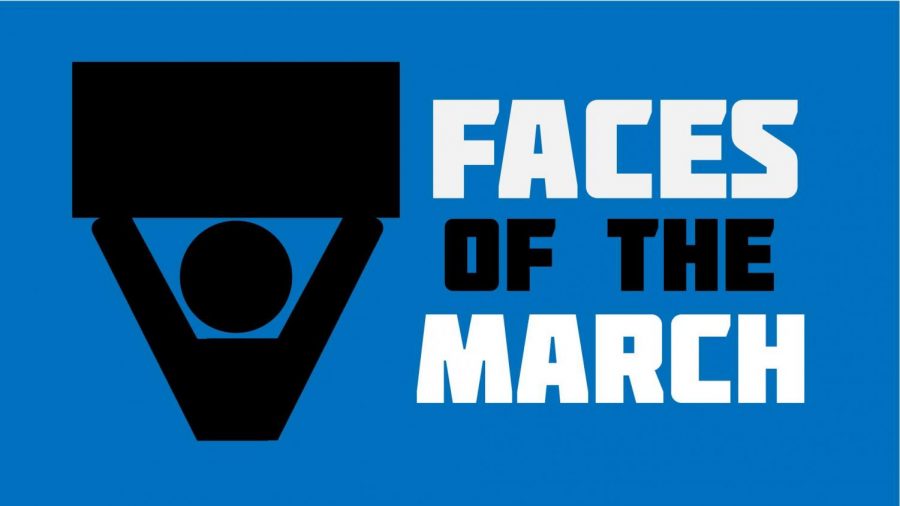 Hundreds of thousands of people marched all over the world on Saturday, March 24 for stricter gun laws.

The largest gathering happened on Pennsylvania Avenue in Washington D.C. where participants flooded the streets to demand change.

Why do they march? What inspired them? Here is the first of three installments of The Wood Word’s Faces of the March series.

He shared a personal story about Scott Beigel, a friend he lost in the tragedy. Beigel taught geography and coached cross-country at Stoneman Douglas.

“Scott Beigel was a personal friend of mine. I’m the one who got him hired at the school. He was one of the three educators who got killed. That was probably the most poignant moment for me,” Foster said.

“Frankly, I blamed myself. I was the one who got him hired. He died because of me. He would’ve never had the job if it weren’t for me,” he said.

Foster said his friends and colleagues ensured him it wasn’t his fault.

“I was with a lot of my colleagues at the time who said ‘it’s not your fault, you didn’t have anything to do with it.’ But that is where your brain is at the time,” he said.

Foster also teaches the majority of students who are leading the movement for stricter gun control legislation.

“They are very smart and have amazing resources. They have been able to turn this into a national issue. I mean, it has been a national issue, but they put it on the front pages now,” said Foster.

The March for Our Lives rally, organized by his students, took a serious toll on him.

“Today was an emotional roller coaster. A lot of tears. A lot of hugs. A lot of pride,” Foster said.

“I feel like it hit really close to home. I walked those halls and some of my teachers are still there,” she said.

“Just seeing my high school on national television was surreal. When I used to tell people I was from Parkland, nobody really knew where it was, but now everyone knows,” she said.

Khurshid said she is proud of the Stoneman Douglas students and the steps they are taking for gun control reform.

“They just don’t want this to happen again. It’s going to take a lot of work, but these steps are great for them right now,” Khurshid said.

Amina Naseer is an educator for the Baltimore City public schools.

She said she has a difficult time imagining having to protect her students from a shooter.

“It’s trauma-inducing to think, maybe one day, I may have to protect my students from a shooter. That is not a choice I would have to make. I would just do it,” Naseer continued. “It is really frightening to think that without more gun control, that would be my experience.”

“I taught first grade at the time and was really touched by the stories of teachers protecting their students. Ever since that day, it has been really hard,” Naseer said.

Clare Erslev grew up in a house ridden with domestic violence.

Erslev said she is lucky there were no guns involved but heard many stories of people who weren’t as fortunate.

“There are so many stories about domestic violence being exasperated by having guns in the situation. So many partners have been murdered in those cases. I really wanted to put the focus on domestic violence and its place in the gun control universe,” she said.

Erslev attended the Women’s March in 2017 and finally got the chance to march for gun control this year.

Even still, she said she felt herself becoming complacent with school shootings going back to Sandy Hook.

Erslev said it wasn’t until the activism of the Parkland students that she got up to come out to the streets and protest.

Erslev said she believes Republican leadership needs to be voted out because “by and large they have been bought and paid for by the National Rifle Association (NRA).”

Karen Siatras is originally from Maine where hunting is very common.

“[Hunters] will shoot a deer and feed their family for the winter. They will put it in the freezer and it is [a] legitimate thing,” Siatras said. “But the argument is often made that people need guns for hunting. Well yeah they do, but not assault rifles.”

Siatras said the hunters she knew in Maine were responsible NRA members who don’t “own an excessive numbers of guns” or hoard ammunition.

She said she hopes the demonstrations around the country lead to extensive changes from lawmakers.

“It really needs to be a sweeping change, not just assault rifles, not just bump stocks, and not just high-capacity weapons. Sweeping regulations that will hopefully change things,” Siatras said.

Because of the Parkland students who are leading the movement, Siatras sees hope in the next generation of young people to create serious change.

Follow The Wood Word’s for the second installment of the Faces of the March series.