Local residents travel to Washington D.C. for March for Our Lives 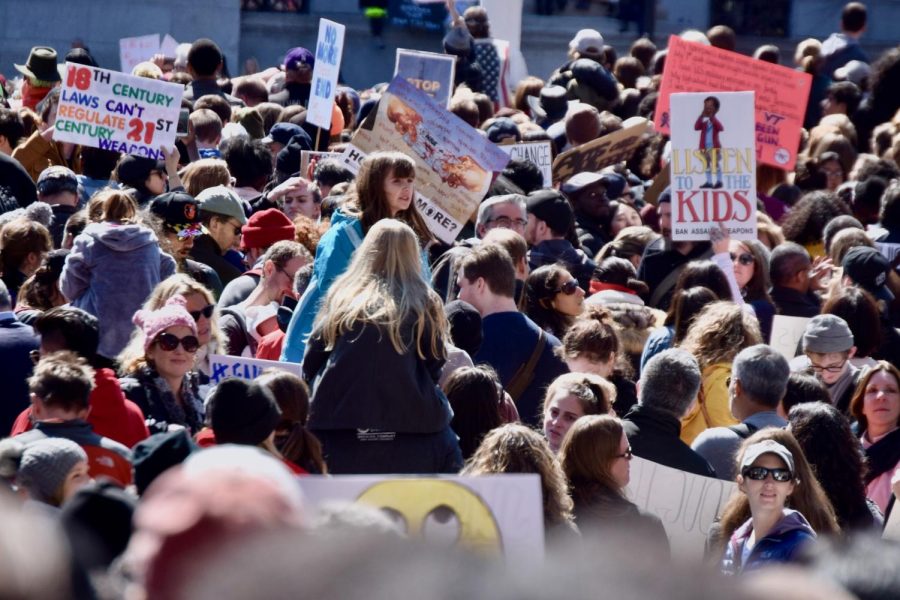 The march drew in hundreds of thousands from around the country, including some residents of the Scranton and Wilkes-Barre areas. Photo credit: Bethany Wade

Last Saturday was the eighth time Theresa Kaplan of Waverly traveled to the nation’s capital to protest.

“You can march at home and your neighbors see you, but when you come here, the politicians have to pay attention,” she said.

Kaplan marched against the Vietnam War and the war in Iraq. She participated in women’s marches and now March for Our Lives in light of the school shooting in Parkland, Florida.

Kaplan joined others of the greater Scranton and Wilkes-Barre area on a bus trip to Washington D.C. organized by grassroots activist group Action Together NEPA.

Volunteer Coordinator for Action Together Rebecca Zukauskas said members of the organization planned the trip to show support for the students of Parkland.

“We wanted to go and support these kids because this is the first time it’s been a different reaction to tragedy like this,” Zukauskas said.

Zukauskas said the March for Our Lives movement will hopefully result in common sense gun laws like banning or limiting high-capacity magazines and preventing guns from getting into the wrong hands.

“We’re hoping that the march and this new kind of movement toward opening a broader discussion about gun control will help push Congress to take action on sensible gun control measures that most Americans support,” she said.

Hal Donahue of Scranton participated in the march because he believes “enough is enough” when it comes to gun violence.

“The issue has gotten so strong and so intense and we really need to alter how America does business,” Donahue said. “We’re the only country in the world that routinely accepts slaughter in our schools and on our streets.”

Donahue said that while places like Scranton matter, he got on the bus to Washington D.C. because it has a crowd that can make a difference.

“If you’re on Capitol Hill, that has more impact,” he said.

Kaplan said now that the march is over, she hopes politicians will listen to the will of the people instead of influencers like the National Rifle Association (NRA). She also encouraged people to “vote their conscience.”

“Vote thinking about the safety of everyone in school situations, everyone in workplace situations where someone can walk in with a gun at any time, and vote to remove that kind of risk,” she said.