Marywood holds discussion on sexual abuse in the Catholic church 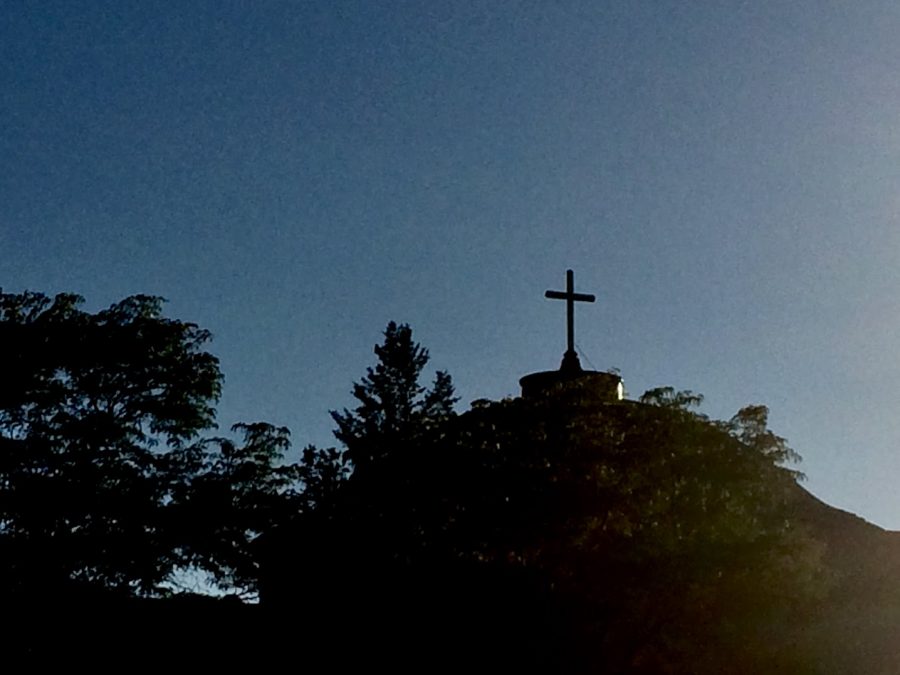 The event was held in the upper main dining area in the Nazareth Student Center. Photo credit: Briana Ryan

Marywood held a discussion focused on the grand jury report regarding alleged sexual abuse by clergy members in the Catholic church as part of the Talk of the University: What You Should Know series.

The program on Sept. 20 was titled “Faith and Religion in a Time of Crisis: Sexual Abuse in the Catholic Church.” Due to the sensitivity of the topic, counselors from the Marywood Counseling and Student Development Center were on hand at the event to help those who needed to speak with someone.

The discussion began with Assistant Director of Campus Ministry Sr. John Michele Southwick leading the audience in a prayer for the healing of victims of abuse.

“One of the things I think is the most important about this whole discussion are the victims and their families and friends,” said Southwick.

Afterwards, Marywood President Sr. Mary Persico shared some words on the topic and about what a university’s role should be in the discussion.

“At a time like this, a university can truly be what a university is meant to be,” said Persico. “A university should be a place where we can gather to talk about the issues plaguing our society today.”

Assistant Director of Housing and Residence Life Kevin Gaughenbaugh presented a PowerPoint detailing the history of alleged sexual abuse in the Catholic church beginning with The Boston Globe’s 2002 report about priests in the Boston area and leading up to the current grand jury report.

During this discussion, Bittel used the “fishbowl technique.” The general idea is that rather than a large group having an open discussion, a smaller group is isolated to discuss while the rest of the participants sit around the outside and observe without interrupting.

Bittel said she decided to use this technique because of the sensitivity of the topic.

“This is a very difficult conversation to have, so that’s why we chose a bit of an unusual format, because this was the best way to let the audience know that this was a safe and open forum for discussion,” said Bittel.

O’Brien said although this was a difficult moment for her, she also saw the importance in it.

“This has put a pit in my stomach and this is a hard conversation for me to have, but I feel so strongly that I think it’s important for me to share my thoughts so we can enter this discussion together,” said O’Brien.

Elston said he knew of many men included in the report and hopes the church and its community will be able to heal from this moment.

“Many of the men on the list from the Scranton Diocese I knew and one was ordained around the same time as me,” said Elston. “I do feel a sense of betrayal from the way these cases were handled, but I hope that we can eventually use our faith to rise above this moment.”

At the end of the discussion, Director of Campus Ministry Sr. Catherine Luxner passed out a paper containing self-reflection questions to help the audience process the conversation. The questions on the paper were:

There also a paper distributed asking the audience what further steps the university could take to have an open dialogue on the report. These suggestions included:

Persico said the discussion was a great way to begin the process of coming to grips with the effects the incidents detailed in the report.

“There are no answers to why this happened, but at least we were able to start a dialogue today,” said Persico.