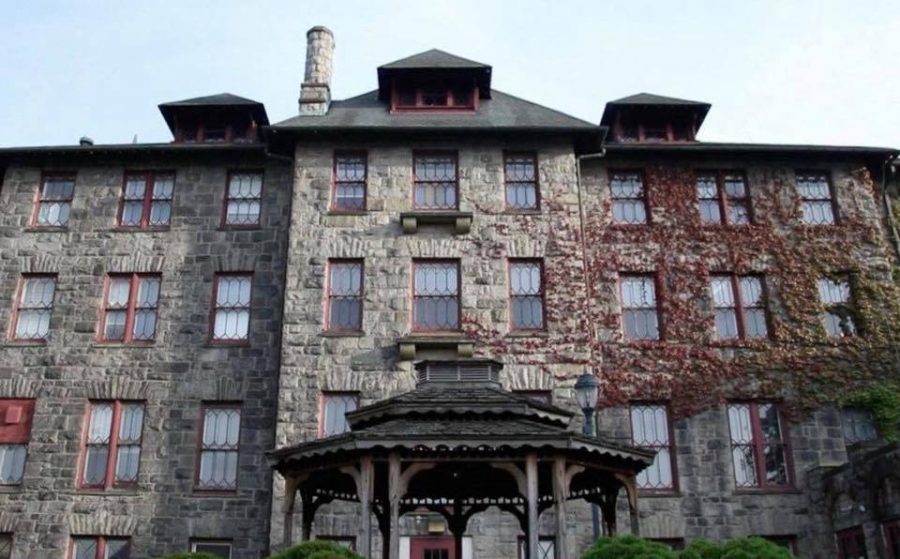 Marywood signed an agreement with Urban Smart Growth in January 2018 that allows the company 13 months to decide if they want to purchase the Marywood South property. Photo credit: Manfid Duran

Urban Smart Growth CEO Lance Robbins met with concerned neighborhood residents on Wednesday, following a Scranton Zoning Board meeting that deferred action on a variance request from the company for 30 days.

Urban Smart Growth signed an agreement with Marywood last January, which allows the company 13 months to do its due diligence before agreeing to officially purchase Marywood South.

Robbins and his partners are in the process of getting a project off the ground that would convert the Marywood South property into apartments, a restaurant and more if the company purchases it from the university.

The board tabled the variance request for the only building on the property that’s located in Scranton after neighborhood residents raised concerns such as safety, parking and traffic issues.

Robbins said in an interview with The Wood Word that the meeting was productive.

“I think we were able to come to some sort of accord as to what’s going to happen,” Robbins said. “They really just wanted us to ensure that we’re serious about the development and that we’re not going to just build a bar on the property and leave.”

Robbins said overall, he feels satisfied with the meeting’s results and hopes Urban Smart Growth will be able to move forward with the project. The Scranton Zoning Board meets again on Wednesday, Nov. 14.

Briana Ryan contributed to this article.