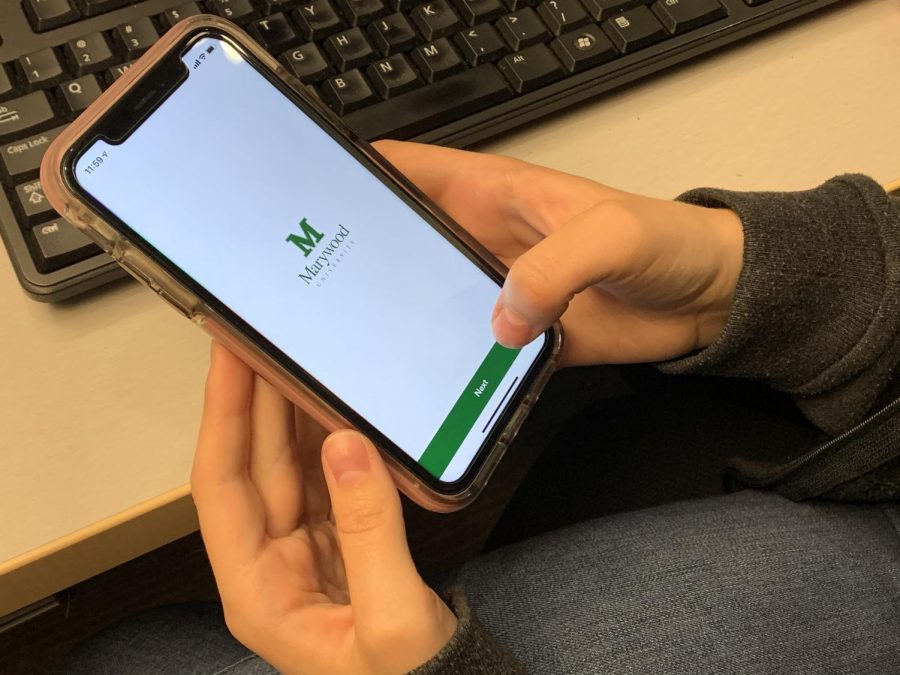 The app has been in development since the beginning of last academic year.

The Office of Student Activities and Leadership Development (SALD) wanted to bring something new to the table at this year’s orientation.

The birth of the Marywood app began near the end of Fall 2018 when SALD began discussing ways to improve the office’s communication with students about upcoming campus events.

“We wanted to find something that was convenient for students and was on a platform they were already using. So, we thought a mobile app would be the best way to put all the great things happening on campus in one place for students to find,” said Interim SALD Director Michael Kalage.

Since February, SALD has been working with the development company Involvio to create the app. During this period, SALD began brainstorming app functions that would be appealing to students. Some of these functions include an event calendar, class information and a direct link to Campus Safety’s phone number.

Kalage said an important feature of the app is the ability for students to scan printed quick response (QR) codes at events. By scanning the QR Code administrators are able to see who attended the event.

“After the students leave the event, we can then get in touch with them to fill out a survey on what they thought about the event and invite them to the next one,” said Kalage.

The app officially launched at new student orientation this summer. Kalage said it was a group effort from different areas across campus that made it a success.

“Everyone was really on board to get it rolled out and get it started as soon as possible,” said Kalage.

During orientation, SALD was able to see what functions were the most used and then improve those features for returning students coming back to campus in the fall.

In late August, the app was incorporated into the move-in day process. Assistant Director of Housing and Residence Life Kevin Gaughenbaugh said the office decided to use the app for move-in day for two reasons.

“Incorporating the app into move-in day provided the office with a real time look at who had and hadn’t checked in,” said Gaughenbaugh. “Also by making the app a part of the process, we were able to encourage people to download it.”

According to Gaughenbaugh, 90% of first year students and close to 75% of returning students used the app during the check-in process at move-in day.

“This year went really well for it having been just launched,” said Gaughenbaugh. “Our hope is that next when students understand more about the app we’ll see a rise with returning students who check in using the app.”

According to Kalage, back-end data shows that since the launch, more than 2,000 students are logged in the app. Kalage said once students become more comfortable using the app, SALD will start looking into adding more features.

Director of Housing and Residence Life Tyler Ward said one immediate goal for the office is to include the app during this academic year’s room selection process.

“Students won’t necessarily be able to select their room from the app, but we’ll be able to utilize the QR code to create a report detailing who has selected a space,” said Ward.