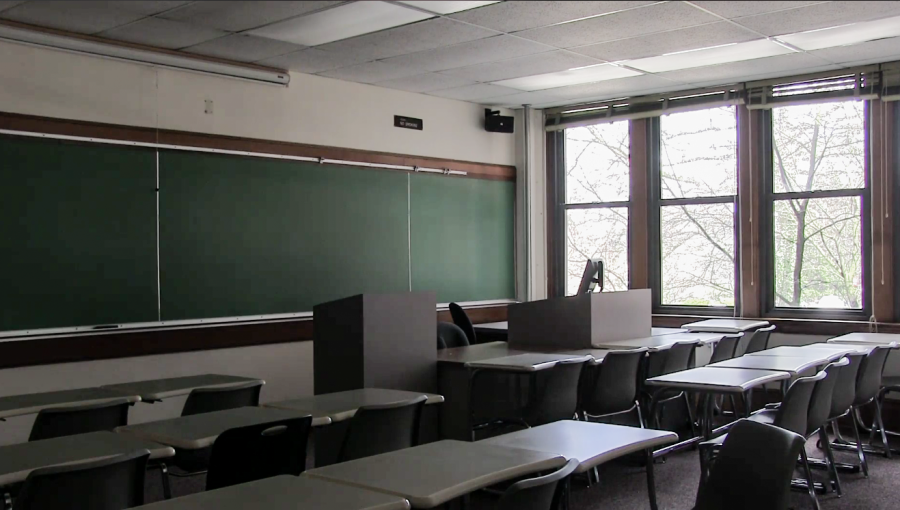 Best Regional Universities-North: Tied at 42 out of 179 schools

2020 Best Colleges for Veterans (Regional Universities-North): Tied at 23 out of 53 schools

In this category Marywood tied with another university for 24 out of 56 schools in last year’s ranking. The selection as one of the best schools to provide a college education to veterans and active duty service members was a result of the university’s participation in federal initiatives such as the G.I. Bill and the Yellow Ribbon Program.

Director of the Office of Military and Veterans Services Chris Smith said although he is pleased with the results he still thinks there’s room for improvement.

“Marywood has always been ranked and we are higher than the only other local college ranked. However, I want to see us up at the level of some of the big schools on that list, despite our differences in resources because of size,” said Smith.

Smith said he envisions Marywood eventually breaking the top 10 in future rankings through their community outreach projects with organizations such as Warrior Strong.

Top Performers on Social Mobility (Regional Universities-North): Tied at 55 out of 170 schools

The Social Mobility category ranks schools based on their ability to create more opportunities for underprivileged students through the use of financial aids such as Pell grants.

Marywood Public Relations Specialist Sherry Frable said she was especially happy with the university’s ranking in this category.

“This really shows how dedicated Marywood is at giving all of our students a chance at succeeding in their personal and professional lives,” said Frable.

In last year’s ranking Marywood held the 29 spot out of 88 schools. Being ranked in this category honors the school for providing a high value education for an affordable price. This was done by considering the ratio of quality to price, need-based aid and the average discount for each university.

Frable said she believes Marywood achieves such success in categories like best value and social mobility because of the way they put students first with the best price for the best academic standards.

Freshman Early Childhood Education Major Kaitlin McConnell said she was pleased with Marywood’s rankings on the lists, but believes they should be ranked even higher.

“I think Marywood deserved to be ranked even higher than we were,” said McConnell. “The rankings just proves even further that this is the school for me.”