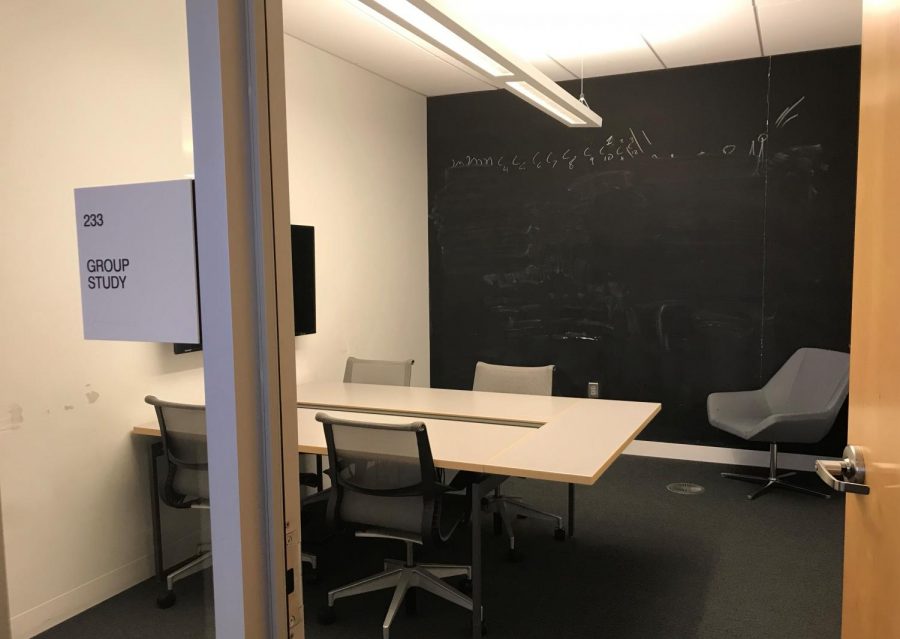 Librarians at Marywood are getting creative in an effort to combat the mistreatment of group study rooms in the Learning Commons.

Head User Services Librarian Michelle Sitko said it was brought to their attention that the boxes on the back of the TVs are being ripped off and TV cords are being cut. There has also been graffiti and proof of food fights in the rooms which receive around 2,500 reservations per year.

“It is getting too costly to keep repairing the damage,” said Sitko. “These resources will no longer be able to be offered if they cannot be fixed.”

Sitko said she is shocked at the mistreatment of the group study rooms because when she came to Marywood 20 years ago she could not help but notice how clean the campus was.

Sitko said the library staff has developed ideas on how to tackle this misuse and determine who is causing the damage. Trash cans and posters have been placed in each of the rooms reminding students that the rooms are being monitored and to leave the rooms the way in which they found it.

If that does not work, Sitko said the librarians will consider the possibility of utilizing a card-swipe system or even a key that can be checked out at the help desk to track room usage.

Junior Nutrition and Dietetics Major Annie Heyen said she has seen results of misuse in these rooms and believes the card-swipe system proposed by the librarians is smart.

“I have not seen the action, but they are gross,” said Heyen. “There is definitely gum under the tables and food remnants and wrappers around.”

Sophomore Speech-Language Pathology Major Carly Arnold said she uses the group study rooms often and has never seen any damage in the rooms but has noticed a lack of study aids such as chalk, markers and erasers.

However, Arnold said she also believes the card-swipe system would be a good solution to tracking study room usage.

“No one actually [goes] online to reserve the rooms,” said Arnold. “I think that would be a good system to use.”